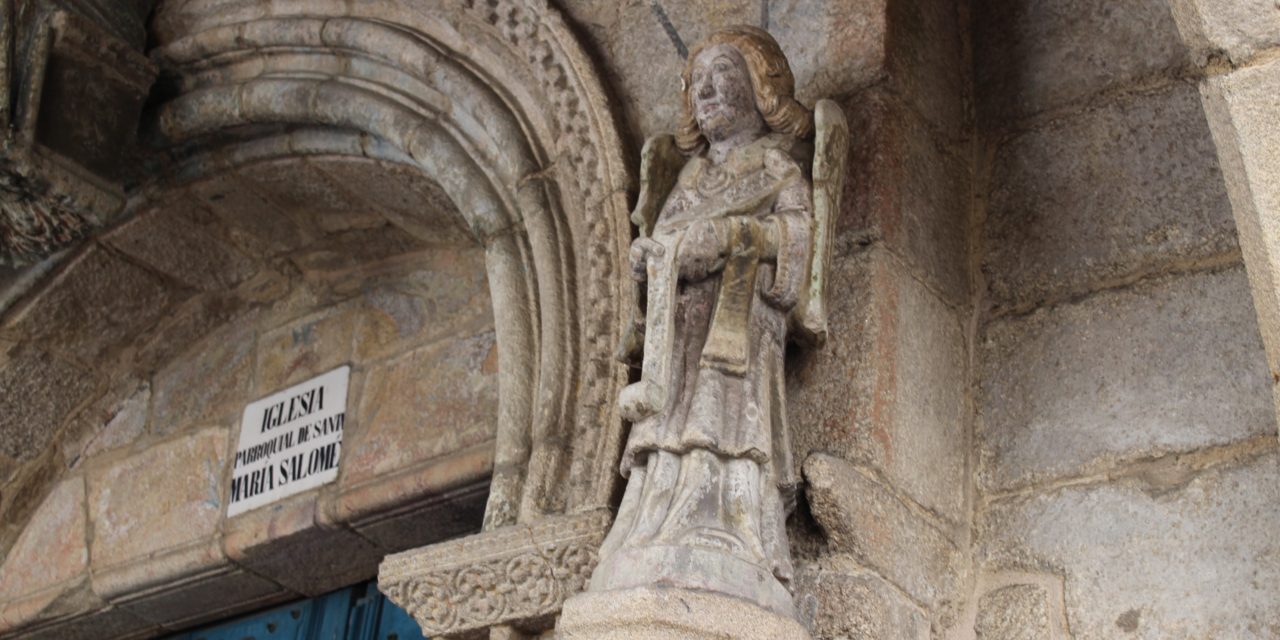 The church of Santa María Salomé Compostela is the only one under such a title in the whole of Spain. It was built during the period of the Archbishop Diego Gelmírez’s ministry (1100 -1140), whom we have already referred to as a tireless defender and promoter of the Jacobean matters. In 1140, the year of the archbishop’s death, the church was consecrated by the abbot Pelayo, abbot of what was then an era of ​​expansion for the old village of Compostela.

The church’s original Romanesque portal with three archivolts resting on capitals has been preserved. On the key and ends of the lower archivolt are three stone sculptures in Gothic style, added in the fifteenth century, that reproduce the Virgin of the Milk in the center, and Mary and the Angel of the Annunciation on the sides. Both the cover and the sculptures are still in very good condition thanks to the covered porch, which still protects them today and which was erected in the 16th century.

In the interior there is a small chapel next to the presbytery, dedicated to Our Lady and San Joseph, with a vault of the XVI century whose nerves are supported by Renaissance-style corbels. The chapel is presided over by a baroque altarpiece of stipes from the second half of the 18th century dedicated to San Julián. This altarpiece always contains an anecdotal detail: between multiple faces carved in relief and gold, some with aquiline nose and Aztec features, there are two faces of angels wearing spectacles.

Later, during the Baroque period, the church was remodeled both in its plant and in its elevation. In 1662 the architect Peña de Toro (1614-1676) built a chapel dedicated to Santa Teresa that is covered with a dome casetonada with a lantern.

In 1743 the bell tower was added, a work that took as reference the nearby church of San Fiz de Solovio and that was carried out by José Crespo following the popular Compostela plate baroque.

The role attributed to Maria Salome in the Gospels is enormous: she has been identified as the mother of the apostles James the Great and St. John the Evangelist, one of the famous “three Marys” and one of the companions of Jesus during his passion on Calvary and his burial.

In the canonical Gospels, Maria Salome is mentioned as a follower of Jesus and a female witness of his crucifixion, together with the Virgin and Mary Magdalene (Mark 15:40); as well as “the mother of the sons of Zebedee”, a phrase with which Matthew refers to her to identify her among the characters who witnessed the crucifixion (Matthew 27:56) and to attribute to her the request for a place of honor for her children in the kingdom of Christ (Matthew 20: 20-28). However, references to her differ in two of the gospels, so Matthew and John do not include it among the women who discover the resurrection of Christ.

The famous legend of the three Marys is recorded by St. Mark, who in addition to quoting the three women present during the Crucifixion – the Virgin Mary, Mary Magdalene and Mary Salome – recalls how they went to the tomb of Jesus and as a young man dressed in white he announced the resurrection (Mark 16: 1-8). In the apocryphal gospels the legend is extended and its versions multiply: the three Marys visit the sepulcher of Christ three days after their burial, finding it empty, react with horror and sadness and, then, two angels are presented assuring them that this disappearance is as it must be because he had risen and told them to spread the good news to the rest of the disciples. 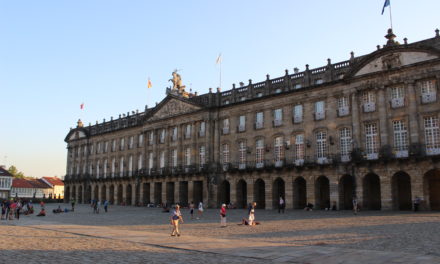 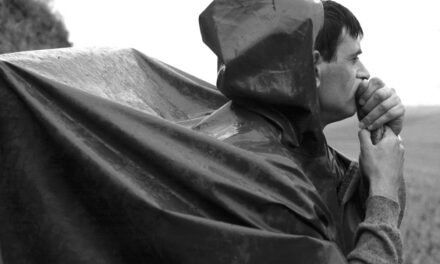 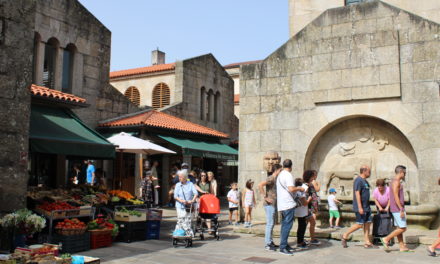 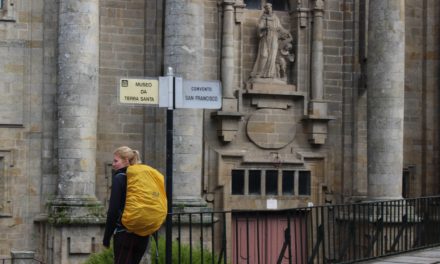 SANTIAGO 2019: THE PILGRIM’S MASS WILL BE CELEBRATED IN THE CHURCH OF S. FRANCISCO