The Camino goes on*

Saint Teresa of Jesus said (wrote) that they had to live in “tough times” back then, and we could almost apply this same nomenclature to current times, after the break caused by the pandemic; a parenthesis, in general – in life, and in particular on the Camino de Santiago.

Now it seems that everything is returning to a certain normality, at least in our wishes, and for this reason the different Jacobean routes are once again crowded with their true members : the Pilgrims who, each with their lives in tow, each one with his/her own motivation, or several motivations, or transforming their motivations through the very act of walking, they head towards Santiago de Compostela.

It is true that the physiognomy of the Way (the ways) has changed a lot since those years in which the parish priest of O’Cebreiro, Elías Valińa, an authentic key figure in the revival of the Way in the 20th century, recovered the so-called “French” way after centuries of decline and thus, through the famous yellow arrows, the figure of the Wayfarer was once again reborn, the one who “makes the path by walking”, in a poetic elegy.

In the year 1962, the writer and journalist Álvaro Cunqueiro, a great representative of magical realism, followed the route of the “French road” in its Galician section to verify in situ what was left of that medieval and romantic route of epic worldly glories and heroic sanctities, of that mystical and magical Way, and of its protagonists: of San Francisco de Assisi, of Don Gaiferos de Mormaltán, of Parsival, or however you want to spell it… the fact is that he was able to verify at the touch of a typewriter keyboard that practically there was nothing doing, except his poetic desire for a new resurgence, and the hardworking hands of Don Elías who was already making his first expeditions to France at that time, clearing the way, preparing an “invasion”.

Since then, the very fact of the pilgrimage has changed a lot in its external physiognomy, which was once “pietatis causa”. Of course, there is no doubt that it has become a major sociological phenomenon, and not just European, but worldwide.

This means that more and more people follow the increasingly diverse routes to Santiago, and this also generates certain discomforts among its protagonists, who do not always feel comfortable, especially in the last 100 km before arriving to the city “Almada”, and also among some of my fellow Compostela citizens, who feel at times feel that the peace is disturbed of those who are playing out  the plot of their daily lives, due to their environment being declared a World Heritage Site.

It is true that the Way is, in a certain way, a reflection of the current world, of the society that we are and in which plurality prevails, also the great economic boost of towns and villages thanks to the pilgrimage, and there are data that will demonstrate this. But the monetary aspect should not be the most important and thing, far from it… the pilgrimage is not a tourist phenomenon, even though there are public and private entities that would like to present it in that light.

It is said that the Camino begins in one way (for various reasons) and ends in another. I can say with all humility that throughout all these years of closeness to the Camino and its followers, I have seen a lot, a little of everything, but the figure of authentic pilgrims is enhanced, for it is they who are beyond fashions, their souls that gives quality and warmth to the Way, because deep down it is an inner experience. In fact, we usually distinguish between two basic attitudes: that of one who humbly receives and thanks, and smiles even in the midst of sacrifice feeling the symphonic music of the Way and its essence, in an impulse of personal and spiritual growth, and also the attitude of those who come as mere tourists.

I continue to believe that the Camino is the real heritage of humanity, and in particular we Galicians should feel happy to be able to safeguard it, that is why I appeal to hospitality as the hallmark of our lush land. Although sometimes the momentary noise, even the bad manners and behaviour of a very few people, can damage coexistence.

*Paco Castro is a Franciscan priest, responsible for the church-sanctuary of Sta. María de O Cebreiro.

PHOTO: Blessing of the pilgrims by Paco Castro in the church of O Cebreiro 2022. 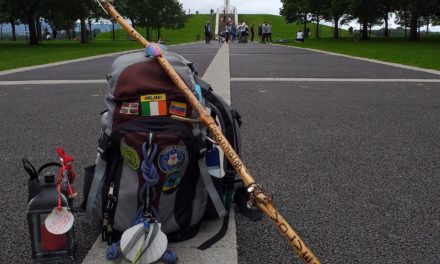 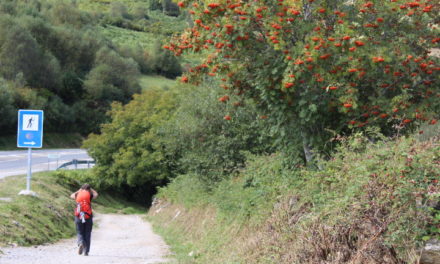 Just stop and stay at home for the necessary time… But don’t forget the Camino! Don’t forget your dreams! 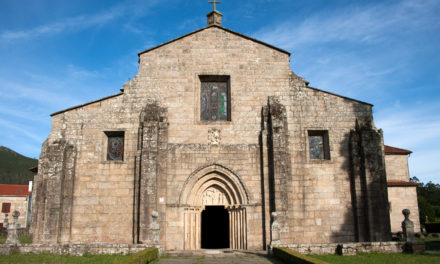