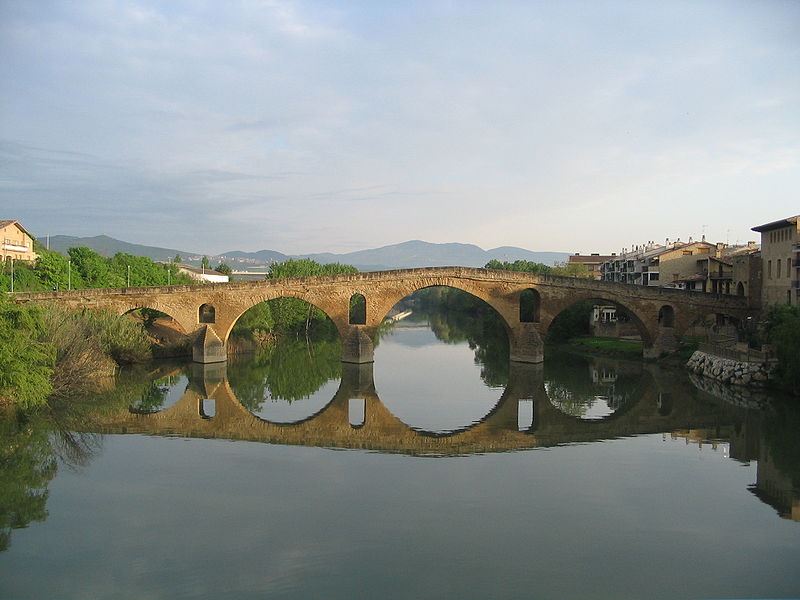 One of the main problems of traveling in the Middle- Ages was river-crossing. The Way of St. James, one of the most widely used routes of the time, was not free from this difficulty. It was crossed by many rivers, some of which were very wide and difficult to be forded, so solutions had to be found which enabled pilgrims to pass over them, above all in winter, when the water was higher. For this reason, from the very beginning of the Way patrons and benefactors, from saints to kings, have taken care of the bridges, rebuilding and restoring the ancient Roman bridges and paths.

But we mustn’t think of the first bridges as being the incredible engineering works we know today, on the contrary, many of them were simple wood structures arranged horizontally on the riverbed to facilitate passage. More complex structures were necessary to cross the wider reaches and, most of them were the fruit of Roman   labour. These first complex works were built of stone and had arches, depending on the time of their construction.

Indeed, the survival of many ancient Roman structures is itself evidence of the importance of these bridges, too valuable to be neglected or demolished. In fact, most of the works were in continuous restoration, to the extent that the bridges became a collective construction, where every generation left its mark.

In some cases there were pontoon bridges serving, for example on the North Way, in the stage to Ribadeo on the river Eo. The pontoon boats carried people from one bank to another and the tax charged, some texts indicate, was often unreasonable.

The importance of the bridges was such that many of the main towns of the French Way were founded beside a river difficult to wade across to provide a service to the travellers. Such was the case of Zubiri, Puente de la Reina, Malatos Bridge, Logroño, San Marcos de Leon, Puente del Paso Honroso, Ponferrada, Portomarín, etc. Moreover, their construction and care involved monks who were builders and repairers of bridges, as well as different religious and cavalry orders, such as the Templars, the Order of Santiago and the Order Saint John of Malta, and even saints such as St. Domingo de la Calzada or St. John Ortega, who went down in history as “saints engineers” for facilitating the passage of thousands of pilgrims with their buildings.

Bridges also generated many traditions and legends, such as the famous “the bridge of St. James”, a symbolic bridge which, according to legend, had to be crossed by the souls after death and at which ends were placed St. Michael and St. James. This tradition was probably created in connection with the religious symbolism of the bridges, which in medieval times were seen as symbols of walking but also of the transition, the passage from one state to another, the bridges between heaven and earth, life and eternity.

Photo: We have taken this image of the Commons Wikipedia project, its author is Piotr Tysarczyk. 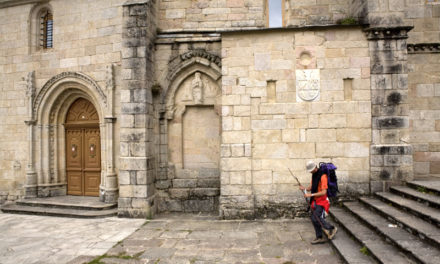