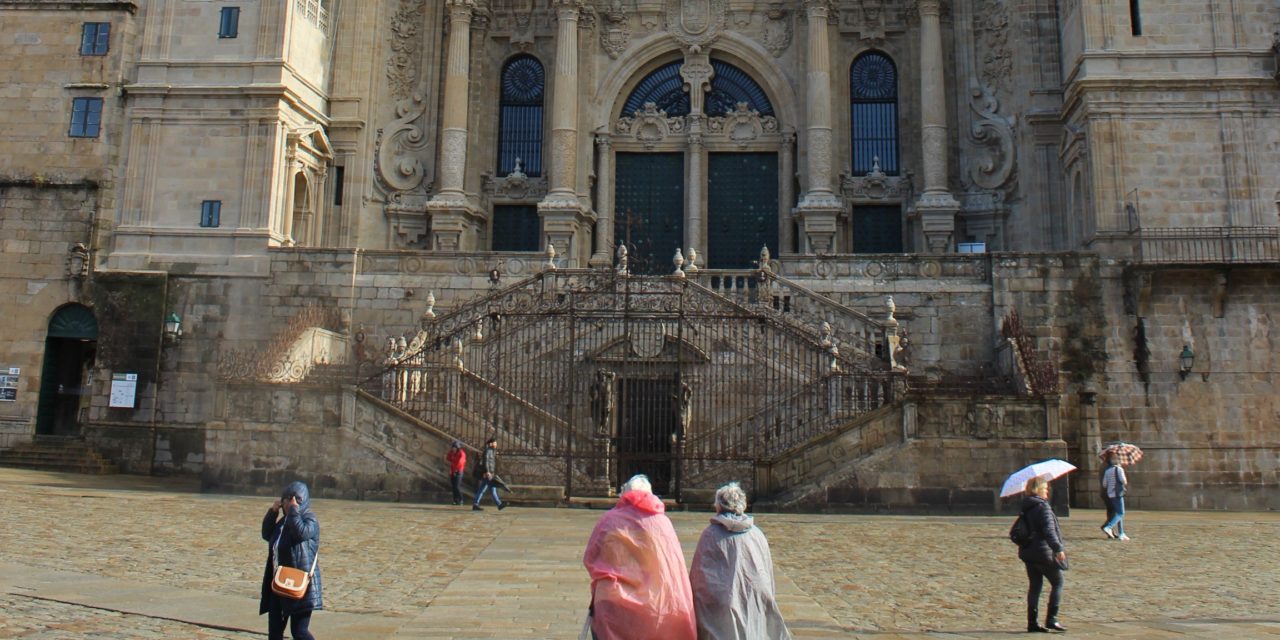 Catherine has known the Camino for a long time. She remembers that she was about 35 years old and was working in the advertising world when a colleague told her that he was going to do the Camino de Santiago. The idea pleased her and surprised her. She remembers asking: “All alone?” And her colleague said “yes”. She thinks that was what started her thinking about the Camino with interest ; but the truth is that she needed almost 40 years to do it herself.

During those 40 years, she has gradually come closer to the situation as it today, finally making it possible to travel the Camino. On the one hand, she changed her personal situation. First she divorced, she left the absorbing relationship of marriage, in addition her children are now grown up… And, little by little, she was also incorporating into her life the practice of walking. Throughout those years she has walked a lot in France, she started by walking alone … and discovered that she liked her a lot. She likes to walk in nature and she also likes the feeling of adventure that she experiences when walking- of not knowing the places which you are going to, the sensation of freedom.

Time passed. She is a religious person, she has made retreats and many other spiritual activities and, last year, when she was working as a volunteer in the reception in her parish, she again had an encounter with a pilgrim. Just like so many years ago, she asked her again if she had walked alone and the pilgrim’s response had been “yes”, adding that the Camino was possible and that she could go alone without any problem. By then her life had changed and she could go on the Camino, so she decided to go last year.

In 2018 he walked for three weeks to Moissac, but it was too hot and he did not feel able to continue with her backpack in those conditions, so she returned to Paris. But it was not at all a surrender. She told herself: “next year I’ll leave Moissac for Santiago.”

And so it was, this year she has walked from Moissac. She thought about leaving in April to avoid the heat, but finally a problem with her foot prevented it and she could only leave on May 2nd. She thinks she has been very lucky, the weather was excellent, without any problem. She feels very grateful for the time, it was exceptional. She particularly enjoyed the mornings, walking during the morning. She did not get up exceptionally early, she set off at 7, and then she walked until almost 3 in the afternoon … These are many hours walking, but she felt very happy during those hours. The nights she liked rather less. She did not enjoy the hostel system very much, she doesn’t like sleeping in dormitories with lots of bunk beds.

While walking, she felt very well, with total confidence, her experience was a religious one and she felt guided, accompanied by God. She remembers that at a certain point in her Path she met an Irishman, a religious man like her, who helped her to confidently go on, and not to worry. She used to book a place to sleep, she felt worried without a certain organization, but at the same time she liked the freedom of not booking, of not knowing where she would stay, of deciding on the way … He encouraged her to do so, she said : “Have confidence”. And for a few days she was able to move forward that way, without organization or reservations, and everything went well. But afterwards she ended up booking again, she sometimes advanced with others, she returned to safety, but she lived through that experience and maybe will live it again in the future.

From her Camino she can say that she loved walking alone, to move forward feeling free, surrounded by nature-she enjoys the landscape a lot-but she also liked to socialize, to listen to others. She believes that walking alone is a great experience, little by little you feel everything that surrounds you. Once you are in nature, you smell smells and hear sounds, and the silence too.

Of course, for her to walk the Camino de Santiago has a particular meaning, it is not like just walking nowhere in particular. She remembers meeting young Spanish students who walked with their teachers, in groups, for whom the fact that it was a pilgrimage and the Camino was not important. For her it is.

In this sense, the fact that it is a pilgrimage route with a religious, spiritual origin and history is also important so that things can happen that in other trips, even walking tours, are impossible. For example, she has had meetings with people from all over the world, very different people, and with all of them, in a very short time, it was easy to have very deep conversations. There is a great openness on the Camino and particularly towards themes such as spirituality, religion.

That side of socialization has been important, she has had many casual encounters, but she has also made some friends.

However, she believes that what she loves most about the experience is walking alone, in nature. The Camino is a social experience but also inner one and that inner aspect is very important for her, her being alone with God and the beauty of nature, of His creation. But the social aspects are not excluded, in the Camino the pilgrims understand and respect the need for solitude or reflection in others.

She believes that walking alone has been a conquest of her Way, she walked many hours … Sometimes she felt very tired at the end of the morning, and there the presence of others was important, pilgrims who pass by and if they see you tired or walking slowly they ask you “Are you ok?”, others who applaud you when you arrive at the shelter … It’s a help. At the same time there is an apprenticeship in all that, she learned to better accept her age, she is 70 years old and accepted the limits that her body put on her, the speed … She accepted herself well and learnt humility with this experience.

She believes that the Way has been a great experience of life, for her the Way is just that: life.