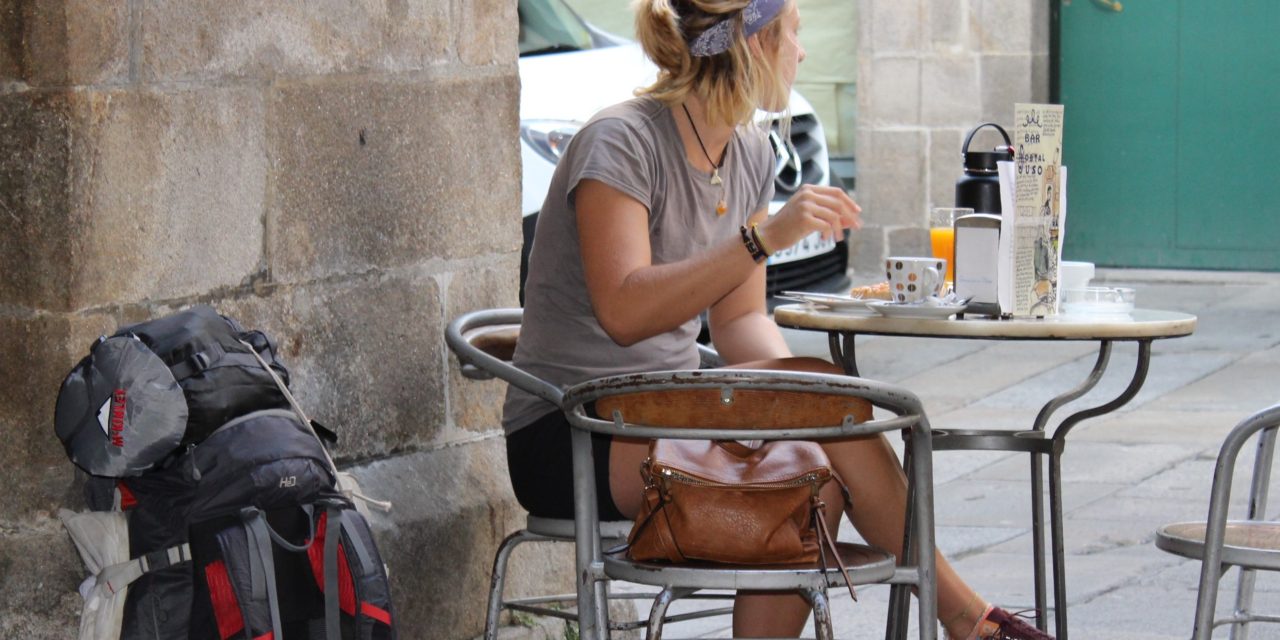 She came from the United States with a friend. They both started their Camino together but afterwards they walked a large part of the journey separated, each of them trying to live his own Way.

The idea of ​​doing the Camino was hers. She knew the Way because his parents had travelled through Spain and Portugal by bicycle, crossing the road many times. They had never actually followed the Camino, but they had crossed it many times, and seen the signs and the pilgrims. They told her about it, she read up on it a bit and finally she saw the movie ‘The Way’: that’s when she decided to do it. She felt very interested, both spiritually and physically, and right from the beginning she thought that doing the Camino would be good for her.

She began to plan it two years ago, then decided on the Portuguese Way. She had some knowledge of Europe and Portugal interested her, also the distance between Lisbon and Santiago seemed perfect for the time at her disposal. Physically she had no worries, for she goes regularly to the gym and in that sense she felt quite prepared. Only at the end, and then for just over a month, or two at the most, did she go out to train.

Once on the Camino, she was impressed by the beauty of the scenery, nature, culture, but what was really important to her was the people: finding people, listening to their stories, making friends, sharing experiences.

Another important aspect of her Camino was that it helped to teach her not to worry too much. She realized, for example, that if she ever got lost she would always find someone to help her. In that sense, the most important lesson of the Way is not to worry too much and let things go forward, without trying to control everything. That’s something she wants to take back home with her: letting go, understanding that small problems do not matter, that little problems arise every day, and they are solved. She sums it up with her experience of getting lost, she got lost many times, but that’s not a problem, you end up finding the Camino again. In the end she simply said: ok I’ve got lost again. She adopted a much more relaxed attitude towards life, an easy going one.

She is a teacher who teaches teenagers and this year she had a very difficult class, she needed to be patient with them and the Way also helped her with that … although it is true that, in a certain sense, her work had already provided some training for the Camino. But she believes that the Camino has improved her as a teacher. In fact, she believes that the Camino has made her better, in her case a better teacher but also that she has improved as a human being.

The experience has been very positive, very positive for her and also for her friend. They are both together again in Santiago and shortly they will be completing the last stage of their journey by walking to Finistierra. 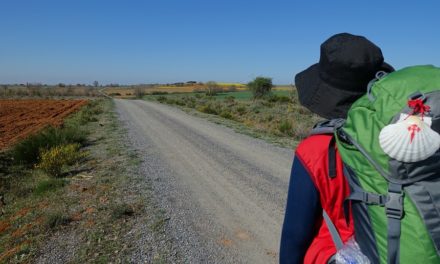