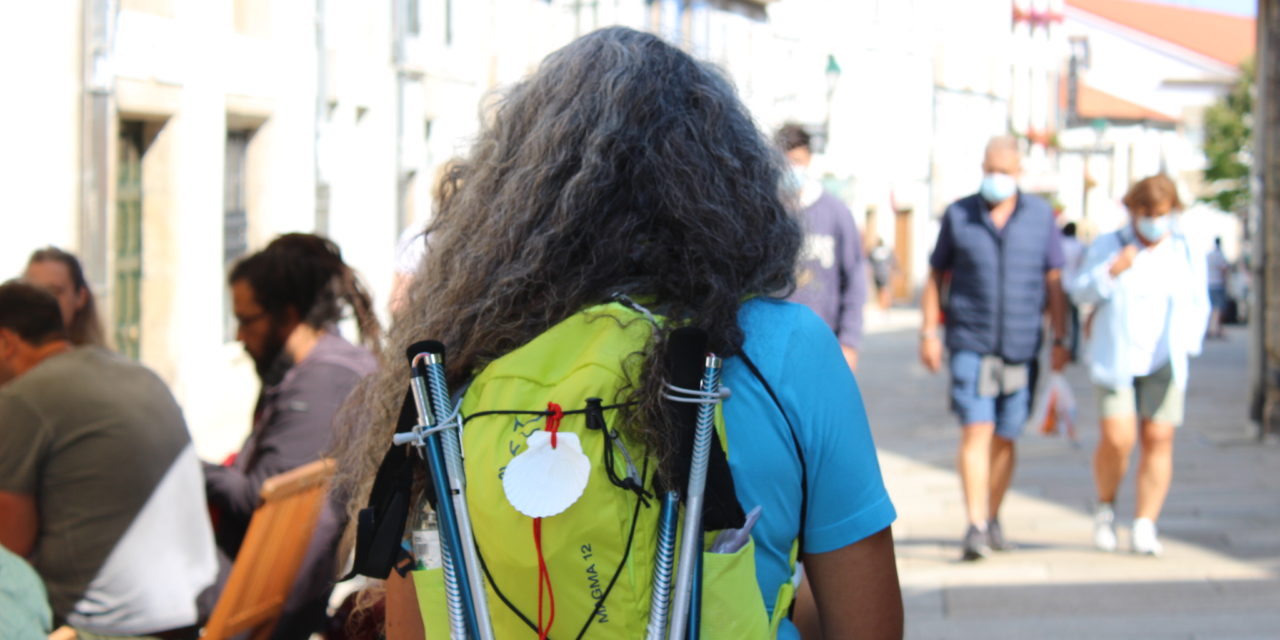 In 2002 I heard about the Camino for the first time. It was from a friend who had come to walk it and I liked the idea. Then I wanted to do it, but I wanted to wait for a suitable moment. And this moment finally appeared. It was a moment of closing one circle, and the opening up of another. Thus, the Way had a special value. It was a moment when I was able to go to the Camino with nothing waiting for me, without plans or a return date.

It took me years to find the moment! But it wasn’t that easy then either. Actually, I think you can prepare yourself and believe that you are deciding when to do things, but the truth is that some important things happen when they have to happen. And so, once my departure date was decided, I sprained my ankle and had to put my journey off. Instead, I spent some of the time on crutches!

So I decided on a new date, but… I missed my flight from London! It was the only flight I had ever missed in my life until then. And in the end things happened as they had to and I ended up leaving from another point and on another date: Roncesvalles, May 2006.

My first Camino somehow only ends this year. I say this because at that time I travelled the French Way only to Ponferrada, from there it was too crowded and I preferred to continue taking a detour. I had met a French boy with whom I got along very well and we both decided to go up from Ponferrada to Avilés and finish our Camino through the Camino Norte, bringing with us a tent.

Later I returned to the Camino, I did the Portuguese Way twice, and also the Vía de la Plata. Only this year, with fewer people due to the Coronavirus, I decided to return to the French and also travel the section from Ponferrada. I did it with my parents. I had just done a ten days meditation retreat. When you meditate you remember images of forgotten things and among those memories many images of my pilgrimages re-appeared. So when I returned from that retreat, I asked my parents if they wanted to come to the Camino and do it with me.

We started in Ponferrada, after sleeping one night in the hostel where I had slept my last night on the French Way so many years ago.

The Camino that I found this year was not empty, it was good for people who, like my parents, may need shelters after walking small sections. Even this year there was a backpack transport service, a service that reduces your freedom a bit, because you have to decide the day before where you are going to stop, but that might be useful in some circumstances.

What has the Camino given me? On the Camino I have found a lot of magic, the feeling that at every step something magical happens. It is something that also happens in real life, but in general you do not become so connected as to allow that magic to happen or to perceive it. It also happens to me with meditation, I think it is another way through which I achieve the same.

When we arrived in Santiago my parents returned to Italy and I continued to Finisterre. It was very good, for me going at my own pace is good, it makes magic easier and many more things happen to me. I was happy walking with my parents, but for me the best is to start the Camino alone, open to meeting people who have the same way of walking and seeing things. Continuing to Fisterre I felt sad about my parents leaving, but I was on the Camino and in the end everything went very well: a thousand little magical things have happened until the last moment!

On the Camino I feel very, very protected. It could be said that on the Camino you regain some freedom and humanity. You feel that everything is going well, whatever happens, maybe you prefer the sun to the rain, but if it rains you know that it is fine that way too, and that perhaps you will remember it better … You find a way to accept everything, as in meditation. In addition, on the Camino you do not judge, you take people as they are. No matter how they are dressed or how they think, we are all humans! On the other hand, I think that on the Camino you observe everything with attention, you often feel as if you were under a magic spell. 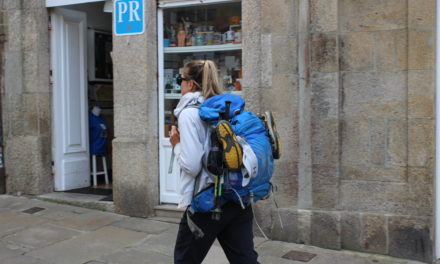