The present-day town of Portomarín stands on the right bank of the Miño river. This location is recent and is due to the construction of the Belesar reservoir in 1955, a reservoir that pilgrims go through today and one that forced the council to move the ancient buildings piece by piece, as well as building new houses for their inhabitants, who saw their former town sink under the waters.

Portomarín became very important in the Middle Ages. This was due to two factors: the development of pilgrimages to Santiago and its geographical location along the Miño river. In the Middle Ages, saving a river like the Miño was important, especially as those who provided travelers and pilgrims with services were entitled to fees or tolls. And so, at the origin of medieval Portomarín, we find a certain Pedro Peregrino and his group of co-religionists specialized in building bridges, facilitating the passage of  pilgrims, who in 1126 would undertake the reconstruction of the old Roman bridge and the foundation of the Domus Dei hospital. At the end of the 12th century, these properties were donated to the Order of Saint John of Malta, a Military Order that set up in Portomarín an important encomienda (center similar to a monastery) and built the church-fortress of San Nicolás. Certainly, without the monetary profits generated by the bridge, the Order of St. John of Malta would never have been installed in the village.

The center of the present town is formed by the squares that surround the church of San Nicolás, that still today is the most famous of the town’s edifices. Also known as San Juan in relation to the Order and Entrustment, the church-fortress of San Nicolás is a magnificent example of Romanesque architecture, with two sculpted doorways attributed to the workshop of Maestro Mateo, which was famously responsible for the  ‘Portico de la Gloria’ in the Cathedral of Santiago.

Next to the church there were other constructions of the encomienda which have been lost now: those known as the palace and houses of the encomienda, where the monks and knights of Saint John would live, as well as a pilgrim hospital dedicated to Saint Mary Magdalene, a saint who was especially linked to the pilgrimage.

There are still some noble houses: two pazos or palaces were moved after the construction of the reservoir: known as pazo de Berbetoros and the Casa del Conde or General de la Maza. And, likewise, the facade of the parish church of San Pedro was moved and preserved, with a splendid Romanesque portico.

But the truly emblematic architecture of Portomarín is its bridge. Hardly any vestiges of the original Roman construction remain, and for the greater part of the year they are in any case covered by the waters of the reservoir, but they are a sufficient testimony to its monumental  greatness.

The bridge, the encomienda of San Juan and the pilgrimages made Portomarín one of the richest and most flourishing towns of the Camino, as many pilgrims of other times testified. Such as the Frenchman Brosenval, who passed through Portomarín in 1532, and was to write: “… we went down to a fortified town called Portomarin, which is divided by a large and wide river called Miño that is crossed by a large and very high stone bridge”. The Italians are particularly generous: Ballarini, an Italian monk who made a pilgrimage to Compostela in the sixteenth century, and portrayed the town as “Portomarín, a very abundant town…”; or Domenico Laffi in the seventeenth century, who praised the richness of its river and its excellent eels; and still in 1718 Giacomo Antonio Naia referred to Portomarín as: “This land is great, like a city”.

Photo: We have taken this image of the Commons Wikipedia project, its author is El fosilmaníaco. 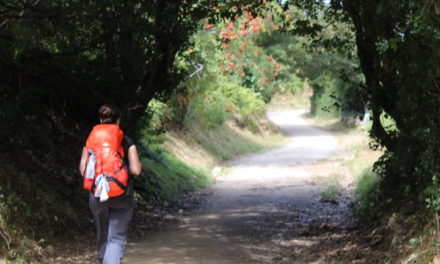 Camino 2018: The most frequented routes were the French Way, the Portuguese Way and the Northern Way… 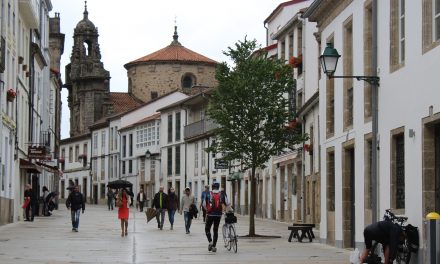 In January, less pilgrims arrive than in any other month … even so every day more than 40 take the Compostela! 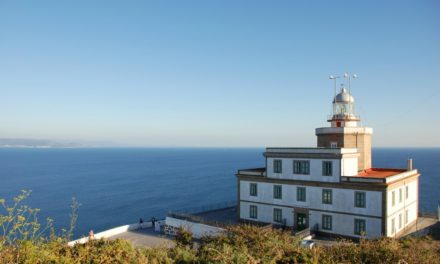 ¿WHY CONTINUE ON TO FISTERRA-MUXÍA?