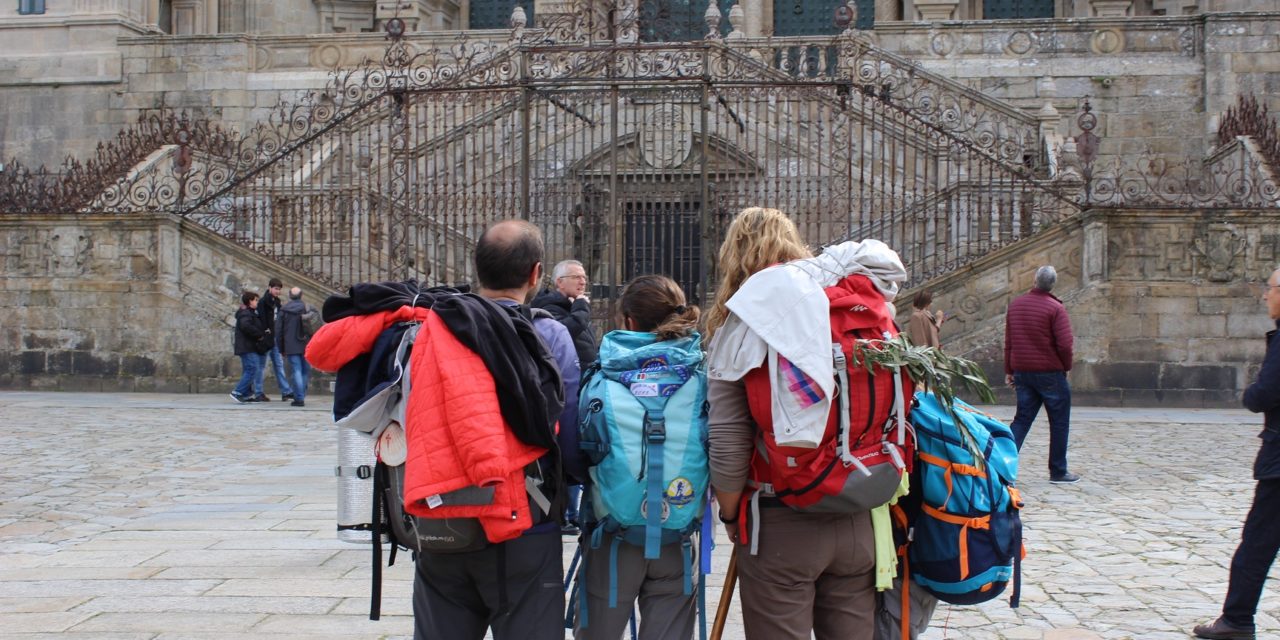 Jorge made his pilgrimage with his family, with his partner and his daughter of only a few months old. His partner is French and he is Spanish, and they met on the Camino in 2005. For him it was his second Camino, he had already done it in 2004. Now they live together in France and have done so since 2008.

He thinks that at the beginning, on his first Camino, he was really a tourist. He loved the experience and thought it was an important step in his life, but he also realized then that he had to travel alone and complete it alone to really gain the full experience. When he finally walked it alone in 2005, he ended up becoming involved with many other people, a large group among which was the person who is now his wife. In that 2005 experience he felt that he was in his element, as if he had finally found his place. Throughout that Way and on the later ones, with the people that he met he was able to recognize how a great group was forming, a kind of fraternity of companions on the Way.

Now they have an eleven-month-old girl and they made the pilgrimage with her. When they left home the girl was 8 months old, for that reason they were interviewed by several media outlets along their Camino, in León, in Santiago … They left Pons, on the Turolense road, three months before this interview in Compostela. They walked stages of about 18 kilometers a day.

Her daughter had her milk teeth on the Camino, she has learned to walk on the Camino … They have not always had luck with the shelters, sometimes they encountered some problems, like bedbugs or dirt, which forced them to look for alternatives so that their little girl would be more secure. But they have also been able to sleep in some normal shelters, with shared rooms, and everything went well. And they travel with washable diapers, not disposable ones, and this for ecological reasons, for they do not want leave waste, nor generate garbage.

He has walked more than 10,000 kilometers in these years and his wife too. Out of those experiences and all these kilometers a book has come about: Camino a Compostela. He wanted to tell his own story and he did not know how to do it and, in the end, he discovered that the best way to do it was through interviews with others: he has written a book in which he expresses himself through what others say.

When he traveled his first Way he already had a spiritual side, he had it because he had experienced an important change of life, he had become disillusioned with the world of finance at the age of 30. Until the age of 30 he had worked in the world of the stock market, but what he lived through and witnessed during the economic crisis disillusioned him a great deal, and he understood that he did not want that kind of life. He went through a personal crisis and in 2004 he walked the Camino, taking his crisis with him. Like so many, he was looking for regeneration, and for him Compostela has to do with the “compost”, with the material that regenerate itself.

And so he made his Camino alone in 2005, for which he was allowed to close his business for a month. At that time he had a life companion and this was fine in some aspects, but he knew that he needed a change in his life. However, after his Camino he returned to his normal life again. It was in 2007 when he separated from his partner, and in 2008, he began a relationship with the person who is now his wife, but who was then just a friend of the Camino.

Later he lost his job and went to live in France. He left without having a job or knowing the language, but he learned French very well and now, after all these years, he has a command of the language, to the point of being able to give lectures in French, lectures on the Camino.

They have created an association “Le voie des étoiles”, they have published 4 books and they are in contact with bookstores and libraries, they give talks … The books they have published are linked to the Camino, theirs, Camino de Santiago. Pensamientos y experiencias de la A a la Z, conceives each human being as a star), an idea that is also present in another of the published books:” I am a star “, a children’s book in which each child adds his own photo.

They have arrived in Santiago but their Camino does not end here. Now they are continuing towards Portugal, they want to go to Porto and if possible to Lisbon.

The Camino has enabled him to find himself, now he knows who he is, he has found his place. 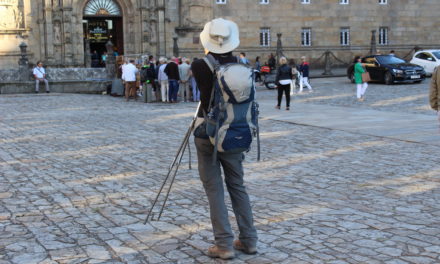