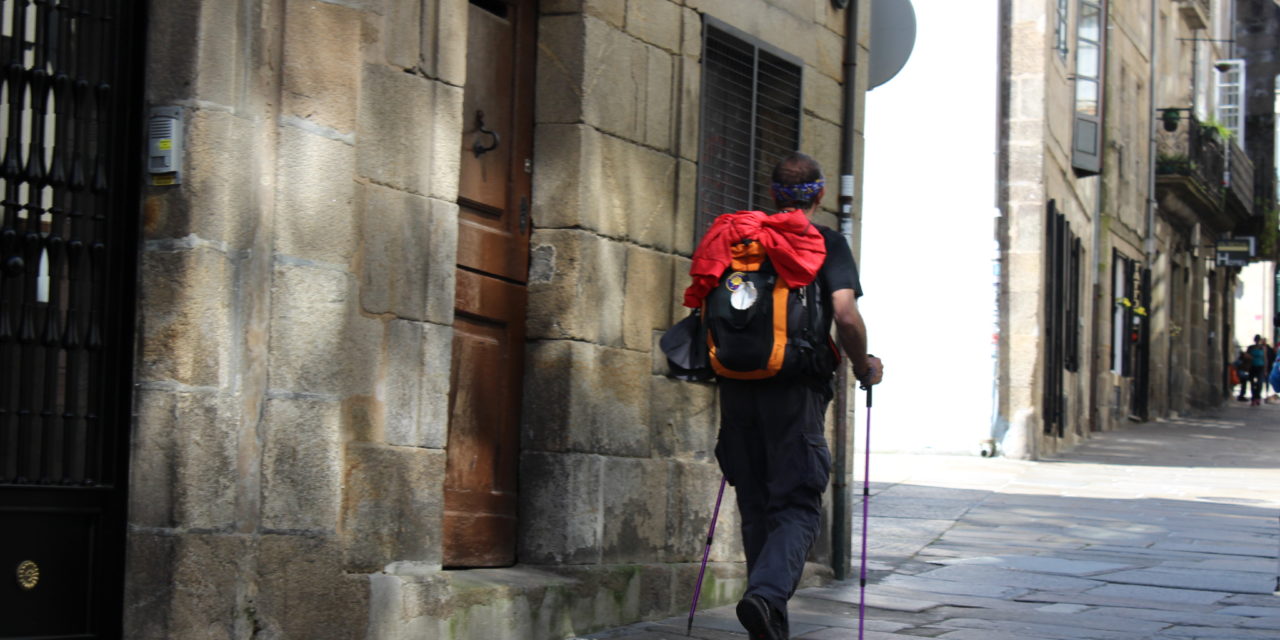 Paolo has done the Camino 18 times. The first was in 1995. He started it for several reasons: he had religious motives, he was curious and that year his father had died. What he learned from his first Way was to be humble and be available to others.

He believes that now the world of the pilgrims has changed a lot, that most of them do the Camino for non-religious reasons, for hiking, and that most want to put themselves to the test  physically, to measure their physical capacities. But what he learned from the Camino was something very different, it was that he had to make himself available to the pilgrims.

Due to the lessons he learned on the Camino he became hospitalero. For 10 years now, he has been going every year as a volunteer hospitalero in Radicofani – in Via Francigena, to a hostel run by the Confraternita di San Jacopo in Perugia. It is a job that wears him out, but doing it is very important for him, it allows him to feel that he is at the service of the pilgrims. As hospitalero he takes care of the breakfasts for the pilgrims, something that demands that he be available from 5 in the morning.

Another aspect of his work as a hospitalero in Radicofani is the organization and direct participation in the rituals of welcome to the pilgrims, historical rituals such as the “washing of the feet” that they do every day, every evening before dinner. It is a ritual that appears in the Gospel of St. John-chapter 13-which shows how Christ himself, on the day before Easter, washed the feet of the Apostles. This ritual was recovered in the Middle Ages by religious orders and lay groups and is linked to hospitality and welcome. It was given great importance on the Camino de Santiago, and that is why it appears in the Calixtino. He derives great satisfaction from the practice of this ritual with the pilgrims, some are so moved that they burst into tears and this justifies his work.

He also performs other services within the world of pilgrimage. For example, in Turin he is responsible for distributing credentials to pilgrims and also often feels the emotion of the pilgrims who request them, credentials or information about the Camino. They tell him about their lives, their wishes and what they expect from the Camino …This work too is a source of great satisfaction to him.

His first Camino was the French Way from León. Then he felt the need to do all the routes of the Camino de Santiago, repeating some many times. But he has yet to do The Vía de la Plata and the Camino Primitivo. His favorite is the North Way, which he did for the first time in 1998, he loved walking in Asturias so close to the sea.

In general he still thinks the same way as he did on his first experience: that what he has learned from the Way is to be of service to pilgrims, and of the other people in general. He is getting old now, but he hopes to return to the Camino and, of course, to the city of Santiago. The city is also important for him, it always moves him to visit the Apostle and attend the pilgrim’s Mass.