Santiago: The park of La Alameda 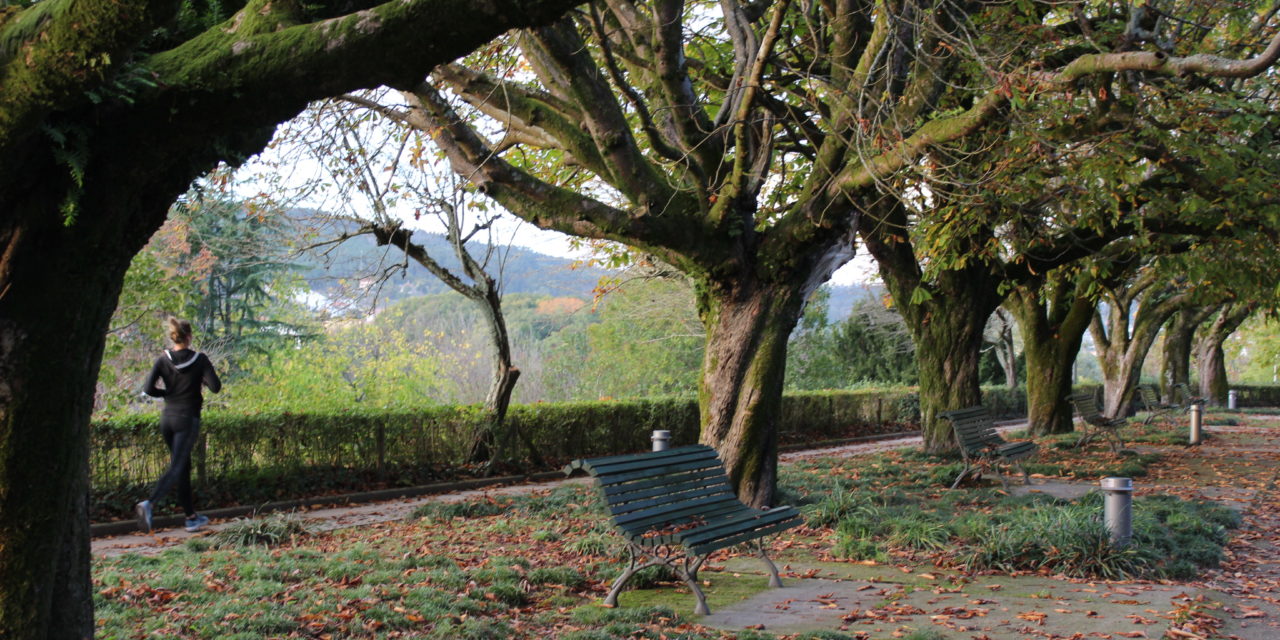 There are many pilgrims who, when arriving in Santiago, look for a place to eat or sleep for a while, where they can share their experiences with other companions and where they can reflect or meditate on the experience that has just been completed… Those pilgrims should know that Santiago is full of parks and Historic gardens, the finest of which is the Alameda: the oldest and most emblematic park in the city.

The history of La Alameda begins no less than four hundred and seventy years ago, when in 1546, the Count of Altamira made a donation to the town to “plant trees and groves.” From that moment on, spaces for trees were designated for recreation and relaxation and the  planting of masses of trees can be verified in some old plans of the city, particularly the plans of López Freire of 1786, which clearly show their distribution for the first time.

The current park area, the result of successive projects and reforms, consists of 85,000 square metres divided into three main areas: the carballeira (oak forest) of Santa Susana, the walks and gardens of the Alameda and La Herradura.

The oldest part of the park is the area known as Alameda, gardens that in the past were known as “Campo da Estrela”. This area is divided into three spaces or sections, a division that until the 19th century was designed to separate the different social classes. This area was constantly changing throughout the twentieth century, adapting to the new possibilities offered by gardening, installing a bandstand where even today concerts by the municipal band still take place. From this spot we point the visitor to its main promenade, where you can enjoy ancient camellia trees, linden trees and plane trees and where you can make use of the beautiful stone and wrought iron benches, which were put there in the nineteenth century.

The Carballeira de Santa Susana looks just the same as it did in the 18th century, when it was already an oak grove with many old trees. Throughout the nineteenth century and for much of the 20th livestock fairs were held here and it was known as the “field of fairs”. However, since 1971 its role has been only recreational, but during the main local festivals-Ascension and the Day of the Apostle – it recovers part of its function as a festive field. It owes its name, Santa Susana, to the medieval church that still stands in the middle of the wood, one of the churches consecrated by Diego Gelmírez in 1102 and one whose outer walls and some other decorative elements date from that period.

In addition to this church there are other in the park, including the Pilar church and an interesting modernist building: the Santa Susana nursery school, whose origin was a pavilion built for the Galician Regional Exhibition of 1909.

The Paseo de la Herradura is arranged as a belt surrounding the Caballeira de Santa Susana, forming an oval or horseshoe-shaped walk that can be divided into several sections: the north known as the Lions; the most internal or close to the oak grove, called Paseo de Bóveda; and the outer one that borders the University Campus, known as the Galician Letters Walk.

The most famous stretch of the Herradura is known as “de los Leones”, a long walk that runs between two rows of old oaks parallel to the Rua do Pombal from which you can enjoy beautiful views of the cathedral and historical area. Along this promenade, you will also come across a bronze sculpture of the Galician writer Ramón María del Valle Inclán, sitting on a bench and looking faintly ridiculous, or a little strange, perhaps.

The outermost section (from which the University campus can be reached by descending a magnificent stone staircase) is also of great interest since there is a great variety of specimens  of botanical richness and beauty, among which some magnolias and large palm trees take pride of place in view of their age and size. In addition, there are examples of very unusual species, such as Normandy spruce or Eucalyptus globulus. In this space there is another sculpture, a large stone monument dating from the 19th century and dedicated to Galician writer, Rosalía de Castro. 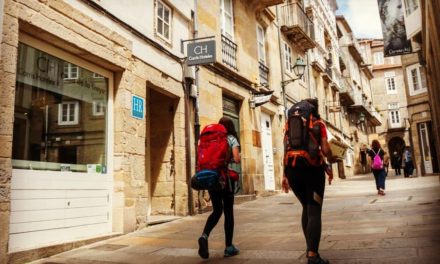 Stay home for the necessary time … but don’t forget the Camino! Don’t forget your dreams! 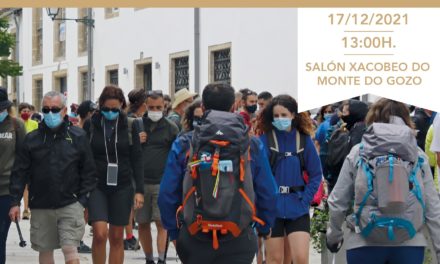 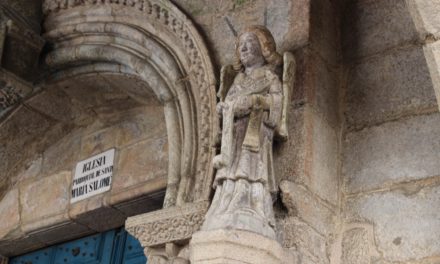 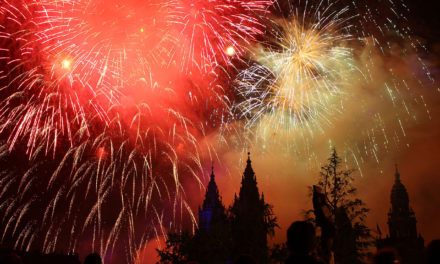