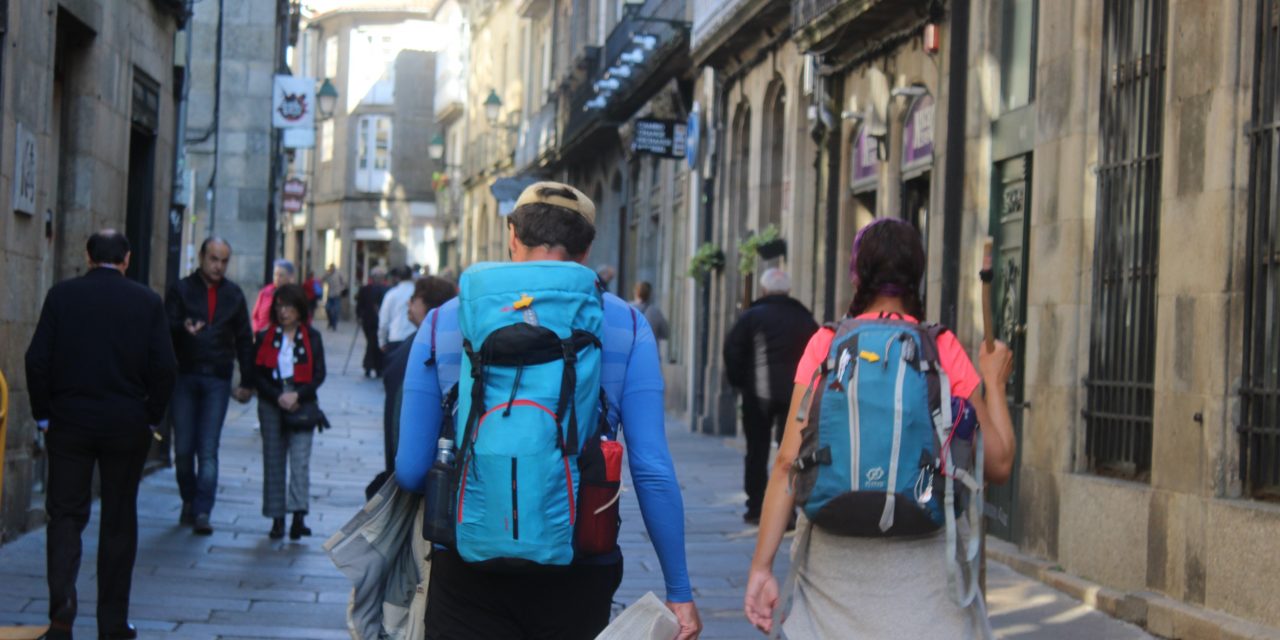 He knew about the existence of the Camino from a very young age. He is the son of Galician emigrants to the United States, but in summer he came on holiday to his hometown: Esteiro. On one of those occasions, when he was 7 years old, a cousin took him to see the Cathedral of Santiago. He remembers that pilgrims were arriving at that time, he believed it was a Holy Year, and also that he was amazed by the story of the pilgrims who came walking to Compostela.

His life continued in the United States but, later, at the age of 30 he came to live in Galicia, in the city of Santiago. Now he is 37 years old and thought about doing the Camino because he was working in the world of tourism and had projects that made him think about it, for example he organizes and guides groups through healthy routes in Compostela: beauty spots, rivers, etc. On those tours and in their work context in general everyone talks about the Camino, so he thought about doing it. Finally, he has done it, along with a good Italian friend. Alone, he just did not dare and nor did she, but together they did it. The experience was magical, but also very particular.

Although he lives in Santiago, it did not seem strange to him to do the Camino. For him it was a way of disconnecting and leaving his comfort zone and ending up back home and all that was familiar was a richly emotional experience. For him it was about being tested and seeing that he was able to walk home and the truth is that he felt more than ever that Santiago was his home. It was much more than just the excitement of arriving at the cathedral. When he arrived in Santiago he felt he wanted to be with people from Santiago, he wanted to be with people from here. It made him feel more Compostelano, more of a person, more human and more a part of this land.

He walked the Camino from Sarria because his friend wanted to be able to obtain the Compostela, for him it was not so important. Unexpectedly the Camino was very hard, it ended up being a sacrificial path, beautiful and bitter, particularly bitter from Portomarín to Palas. He remembers that stretch as being very hard and long – before arriving there everything had seemed fantastic.

In his work with tours and nature routes he is accustomed to walking, he travels short distances, between 10 and 15 kilometers. For that reason when he left he felt very sure of himself physically, so much so that he thought he could walk and continue almost non-stop. That was what happened at the beginning of his Camino and what ended up teaching him a lesson: the Camino was for him an apprenticeship. He started very fast and travelled a huge distance, but the Camino ended up slowing him down, he taught him something about how to move forward, he says that the Camino “brought him down to earth”.

When he arrived at Monte do Gozo he was all-in physically, because of having overdone it at the beginning of the Camino. He remembers that, seeing him in such a bad way, a Sevillian pilgrim offered him his staff. That stick eased the suffering a bit. A little later a Portuguese pilgrim, seeing him walking so badly, offered him another staff, so he could advance much better with both of them. It seems incredible but he, a supposed sportsman, took 4 hours to get from Lavacolla to the Plaza del Obradoiro.

For him, the lesson of the Camino is that we must move step by step, at a slow pace. The main lesson was that we do not have to go to the Camino to exercise but to enjoy the Camino. Somehow, he believes that he began his experience as an athlete and ended it as a pilgrim. Now he wants to walk from Roncesvalles.

El Camino transformed his experience, helped him to change from the athlete who believes himself capable of anything to feeling like a pilgrim, understanding that he had to enjoy it and stop and talk with others. He sums it up by saying: you want to win a day and you lose a week. 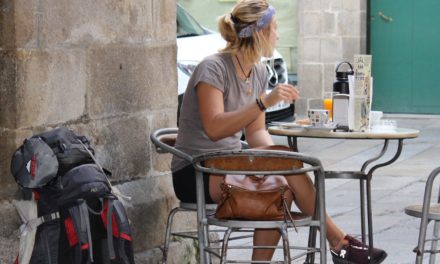