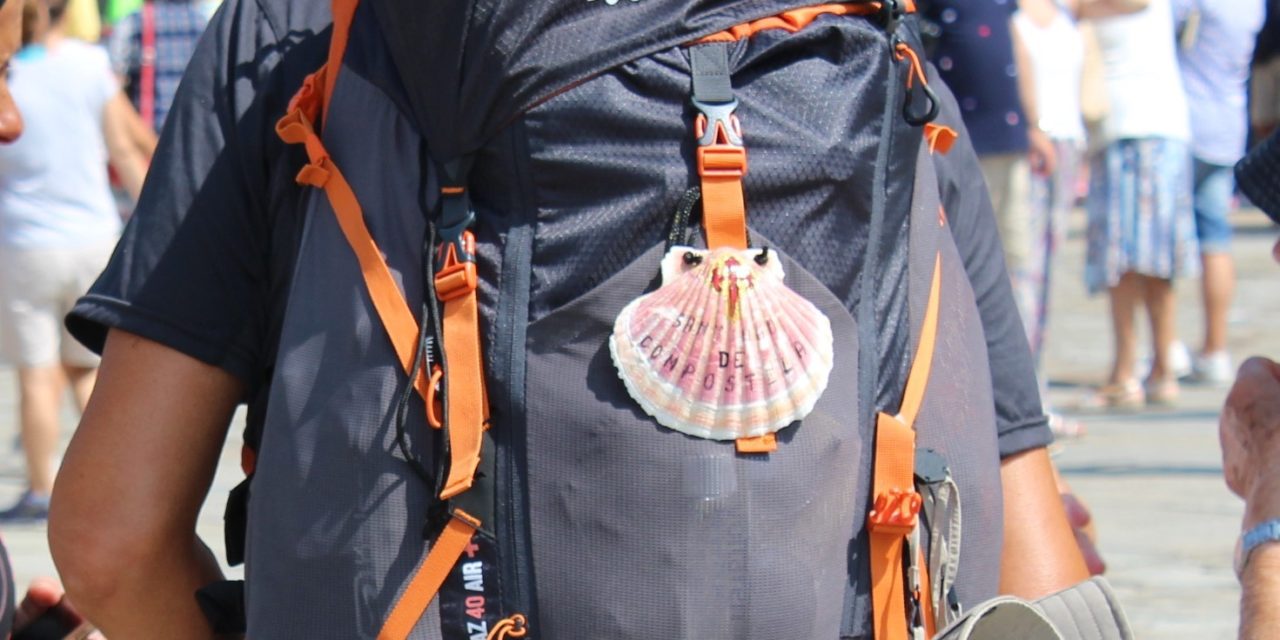 Endika is from Navarre and lived 35 years alone, in the mountains, having the beach very close – about 20 kilometers – but he lived and always went to the mountain. As a child, at night, he saw the Milky Way with his grandfather and asked him about it. His grandfather, whose name was Santiago, explained what the Milky Way is and its relationship with the Way. From the very beginning Endika wanted walk the Camino, to do it from Navarre, from Roncesvalles. That desire never left him but only at the age of 46 did he have the opportunity to satisfy it.

Now he is an experienced pilgrim, with many roads behind him and who also accompanies small groups – although he does it as unpaid work-, but even then he does no other way than the French Way and from Navarre. He can accept to accompany a group from León or Astorga, but he starts in Roncesvalles and picks them up there. For the last few years, he has added other routes or itineraries of the Camino de Santiago to the French Way, and also, whenever possible, starts from the beginning.

He undertook his first Camino in the spirit of an adventure, mainly because of what his grandfather and the people of his childhood had told him. He did it with a group of friends, much in the spirit of a sporting event, but decided that the next time he did it he would do it alone.

A couple of years later he was able to fulfill that wish. Just like a medieval pilgrim, he left his home and set off alone through the Monegros. That was 1992 and there were few people on the Camino then, so he crossed the Monegros almost alone, without any land marks or arrows to guide him, and then he fell in love with the Camino. His love for the Camino de Santiago is unconditional, he likes everything about it: whatever the season of the year and regardless of whether he is alone or accompanied

Endika believes that he is like a compass on the Camino. From the very beginning people used to approach him to ask him where to go, in some way he felt himself to be a guide, and these chance events lead him to believe that he was capable of leading others. He did not look for that job, the pilgrims went looking for him, they suggested that he be their guide and so he went ahead and became one. He has been saying for two years that he will drop the Camino him, but he hasn’t done so yet.

The people always stimulate him, both when he travels alone and when he offers assistance to others as a guide. He says that he feels like a travelling hospitalero who is available for anything for anybody. In some way that has been his vocation all his life, because until he retired he worked in a youth hostel and his wife has the same vocation to help others. They met when they were both scouts and all their life they have participated in groups of young people. She is also a pilgrim, up to 2008 she had done more than 20 Caminos, Endika many more.

Unlike so many people who say they go on the Camino in order to ‘find themselves’, he is not looking since he has already found himself. The Camino for him was his destiny. What he found on the Camino was what he already knew he was looking for. On the Camino he found his place, his identity and his vocation. His devotion to the Camino is such that he used to do the whole Way from Roncesvalles 6 times a year, now he usually does it 3 or 4 times a year, guiding groups or alone.

He is mindful of the changes that are taking place on the Way. Now it has become too easy and the relationship with others is different. Sometimes he tries to recapture the old spirit by doing it in winter, when there are fewer people, less comfort and more cold.

He has a good friend in Burgos whom he always visits. Through her he came into contact with the Burgos association who suggested that he write a book of anecdotes about the Camino. He used to take notes but never thought about writing until they suggested it. Finally he wrote that book and then a second one, called “The Pilgrim’s Sandals”.

The title of his second book refers to an important aspect of his story: he always walks wearing sandals. It is something that dates from his childhood. When he was small and lived in the mountains he always wore sandals, later, when he joined the boy scouts, he tried to change but was always uncomfortable wearing  boots, so he went back to the sandals. Even in the snow, he walks with sandals. He thinks that it is also better for one’s feet. His wife walked in boots and suffered from blisters, but when he tried it wearing only sandals and no socks he arrived in Santiago without blisters or anything. He has climbed 3000 meter peaks in sandals.

Thus he walks just as he used to as a child and it is for him still the most comfortable way to do it. He has four pairs of sandals that he chooses depending on the type of walk and always without socks.

After so many years on the Camino and so many paths travelled, his opinion is that the main things, the most important things in life are,  people and nature.