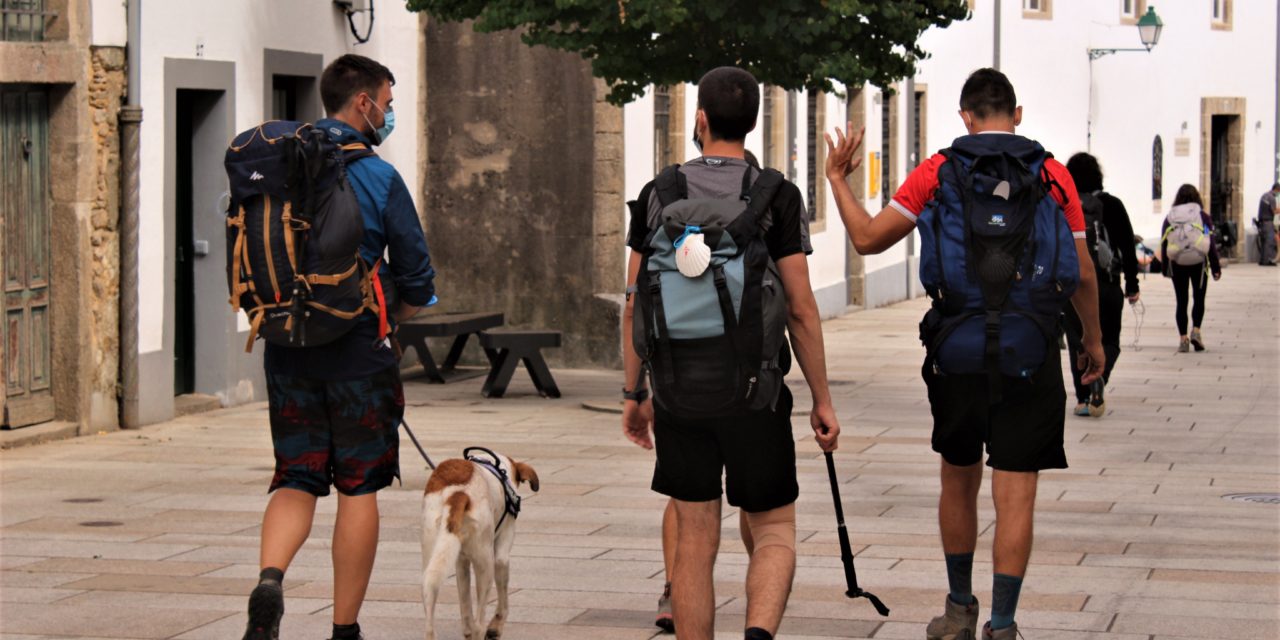 I had heard about the Camino, I knew that it was very good, that there were shelters and I was interested in the possibility of travelling it. I wanted to organize a Camino but it had to be with my dog, I need my guide because I am blind.

That is how my first Camino emerged, it was the year 2004. We were four people, three with  guide- dogs, and a fourth whose vision was a little better and did not need a dog. He was more in charge of following the signs, although, above all, later we counted on the help of a couple we met who walked a lot with us.

On that occasion we had a few problems with the shelters, but not too many. The truth is that on our paths -and there have been many- we have never had problems taking guide- dogs with us. We went to public shelters, we knew that with our problems we could make reservations and stay with our dogs. We never had a problem.

On our first Camino we were a small group of friends, but we decided to continue walking the Camino every year and, little by little, more people joined us, until we formed a larger group that fluctuates between 19 and 22 people, which has forced us to organize ourselves well.

Most of us are from Madrid, I would say 90%, but pilgrims with the same problems have also joined us from other parts of Spain, from Galicia for example. We usually walk for a week, it can vary a lot, because we cover very different sections: we have walked a lot in Galicia, travelled around Castilla and even the first stages from Saint-Jean-Pied-de-Port.

There are already many roads travelled … Always in April or May, except this year 2020! Because of the Coronavirus and the confinement we had to wait, but in the end we went in October.

This year we were clear about how things were, but although we are a group, we function as co-habitants and this makes it easier. Many people, yes, decided not to come because they were afraid, but others decided that they would and we went, knowing the circumstances and the risks, without denying reality. In the end we were 5 people

Being only 5 people, we were able to walk without much organization, sometimes staying in rented flats, especially because the public hostels in Galicia were closed and with our problems and the guide dogs we found it easier to resort to flats … Anyway, for us, private hostels are not usually a problem, in fact even if we book without saying that we have a guide dogs they never give us problems when we arrive with them. Yes, we sometimes hide it when booking because if you mention it they can make it more of a problem for you … but without saying anything they accept you. With the public you already know that you will not have problems and that they have more experience with guide dogs.

For me this group and the experience of the Camino has been and is very important. On the way I found an adventure, it is an adventure, like playing with a video console but it is real, I mean that it is a journey along which you find a thousand situations, you live many experiences and feel everything step by step …

Thanks to the Camino I think I know Galicia very well. For me, without the sense of sight, the Camino and Galicia are smells, the smell of nature, of a certain food … also a freshness, the freshness of the forest when you cross it, the “orballo”, the humidity … You notice very well the passage from the dryness of the Castile plateau to the Galician freshness… And there are also its people, their way of speaking, their style.

On the other hand, I also like Castilla a lot, which for me is a very different experience. In Castilla you feel great loneliness and exposure, in the lands of Burgos, in Palencia … There are no curves, the Camino goes straight ahead, in long straight stretches that invite reflection and in which you feel the wind from the plateau, which gives you even more feeling of loneliness, and you hear less from others walking through those places … Yes, you are more alone on the plateau.

In addition to all those experiences, with the Camino I have learned to organize myself better and in a way that helps me in the rest of the activities of my life. At first I lost many things on the Camino, I emptied my backpack and then I forgot things, I lost them, but little by little I was learning to organize myself more, I assumed that if you don’t see you have to be doubly organized.

The truth is that I have become hooked on the Camino. In the group of friends there are some who have developed a habit which they repeat, I have done them all, all of those that we have organized since 2004. Somehow this complicated year it was I who pulled the others and in the end it was particularly beautiful, but also rather strange. On the one hand we were a small group and that made it easy for us to interact with people from outside the group, but the truth is that with the Covid-19 issue, relationships were colder … We also chose the Camino Portugues de la Costa and we mostly met foreigners. It was autumn and there were more foreigners than Spaniards, but that was not a problem. The problem was the social distancing imposed by Covid-19.

But, as I have already said, I also discovered positive things this year, I think above all walking with a small group again, because lately we were too many. This year, however, we were not only able to walk much better, but could also use apartments for reasonable prices. We also ate very well , crossed very beautiful beaches … And the weather! We were able to bathe on the beach in October, although, well … the water was freezing, people surfed with neoprene and we bathed without it. It was a bit mad, but it totally took away our fatigue!

There were very few people on the Camino de la Costa and in the campsites that are offered to pilgrims in Portugal, you did not see or feel the Camino so much, then yes, in the shelters, especially when arriving in Redondela, when the pilgrims from Central join. . At last we feel that pilgrim atmosphere! And also in Santiago, although that was where the sad note of this year could be found. Many bars and places in Santiago were almost out of products, they told us that they did not know if they would have to close the next day and they barely had anything things. We felt that everything was very empty … In Portugal you felt a certain normality, people on the street, places open until late … but the arrival in Compostela coincided with a time of restrictions and it was more difficult.

In any case we have had many adventures on the Camino de la Costa, which is signposted but we believe that it was not very well done … We had GPS and although we were well oriented, sometimes we got lost, as there were few pilgrims to ask it was more difficult. And so, with fewer pilgrims to turn to, it also became the year of technology, we got new applications … But we also miss maps that truly follow the Camino.

Regarding the future … I plan to continue, we plan to continue, we have a WhatsApp group. Let’s say that we work almost as an association, we are a stable group with an annual dinner to which we take proposals (although this year we could not have it) and in which we choose the Camino for the following spring. We usually hold that meeting in February and from that moment on we divide the stages to organize ourselves… That is the way that it has worked so far and I hope it will continue to do so.

In 2020 we have seen the power comes from wanting it, and by respecting certain norms you can do the Camino and also enjoy it. For me walking this year has been a relaxation for the body and for the mind, a great way of disconnecting. 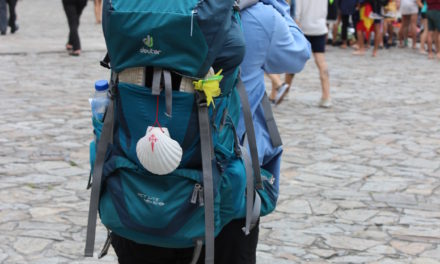