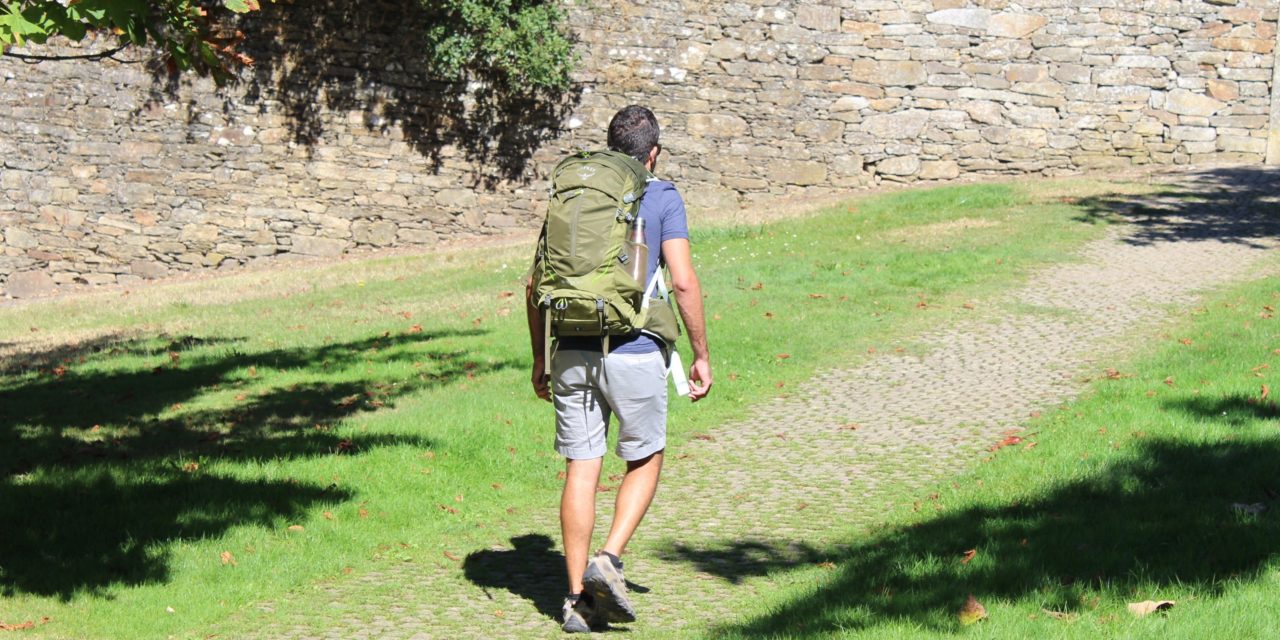 Henrique is in love with the Camino de la Geira that links Braga and Santiago de Compostela, a Path to whose recovery he has contributed and continues to contribute through the writing of guides and in providing information and support to the pilgrims who travel along it.

He lives in Braga and one day he read something in a local newspaper announcing a conference on the Camino de la Geira, an itinerary that started from his town and reached  Santiago by a different route to the Central Way, an itinerary he did not know, he had never even seen any description of that route. He found it interesting and started looking for information and found the Google Codeseda Viva Association, which is trying to recover that route, and also an association of local councils on that Way. He obtained some information but realized that there was really very little available.

La Geira is a well-known Roman Way in Portugal, which crosses a natural park that the Portuguese love. La Geira, as a natural park and Vía Romana, is an incomparable place, its name is a bit mythical in Portugal. It is not strange that the Geira was converted centuries ago into a pilgrimage route, since initially the Ways of Santiago followed Roman roads.

He began to think about doing the Camino de la Geira with the idea of ​​contributing to its recovery and getting more information for other pilgrims who, like himself, were interested in it. In fact, since that conference that had taken place in Braga, more and more pilgrims were interested and were asking about it. Finally, it was the encounter with a Portuguese pilgrim who had done it in part -even though he had deviated in Ourense through other better signposted routes- which gave him the last push to travel in 2017.

He set off on the Camino on August 19, thinking about going through it in ten stages, because of infrastructure issues there is a one very long stage, but it can be divided in two. That is what he planned to do and he did. In general, the entire route is through roads and one never finds oneself lost or in a territory without roads that have already been traced. The route still follows the path of old roads and, in addition, the local people know them. If you ask them they will tell you. They talk about ways on the historical ‘passage’. Of course, on most of the stages one found stretches of 100 or 200 meters with weeds and thistles that you had to wade through.

After that experience he created a Facebook group to help the pilgrims who travel that Way, when he can accompany them and gives them directions. This year he helped almost 100 pilgrims from the Internet. He is also creating a file with photographs of the pilgrims. Somehow he and his collaborators are now living something similar to what happened with the recovery of the French Way a few decades ago: now as then, we have to solve problems like the lack of shelters, and there is no signaling … But, as then, the Camino becomes a reality because the pilgrims go and walk it.

In any case, even if you use a hotel, on this Camino pilgrims find double rooms for 25 or 30 euros, so you end up paying the prices of private hostels for rooms with a private bathroom. That is why many pilgrims end up saying that their Camino was very cheap.

As a result of this recovery work on the Camino de la Geira, Henrique’s guide was launched, written in collaboration with one of the most active members of the Codeseda Viva Association. It is available on the web, in a digital or printed version. It has already been translated in five languages ​​and very soon two more will be added.

The Camino de la Geira is a demanding road because it is very rural. Beyond the starting and ending places of the stage, a great deal of it involves treading mountain paths. Somehow it is similar to the Primitive Way, one could think of it as the Primitive Way amongst the Portuguese Ways. The positive thing is that you hardly ever step on asphalt, and there are very few pilgrims.

In its Portuguese part, in the area of ​​Geira, this Way offers the most interesting biodiversity of Portugal. Moreover, there is no possibility of overcrowding, as there is on the roads of the Coast or Central, because the government will never let nature be destroyed or the area be built- up. It is treated as a natural environment and is protected as a natural park would be. It is a Way that is treated with respect.

The Camino de la Geira is a path that allows you to continue living the experience of being and feeling a pilgrim. Despite the continuous growth on the other routes, especially in August or the Holy Year, this Way, due to its structure and its layout, and the natural protection it receives is, and will remain, a historical and genuine alternative pilgrimage.