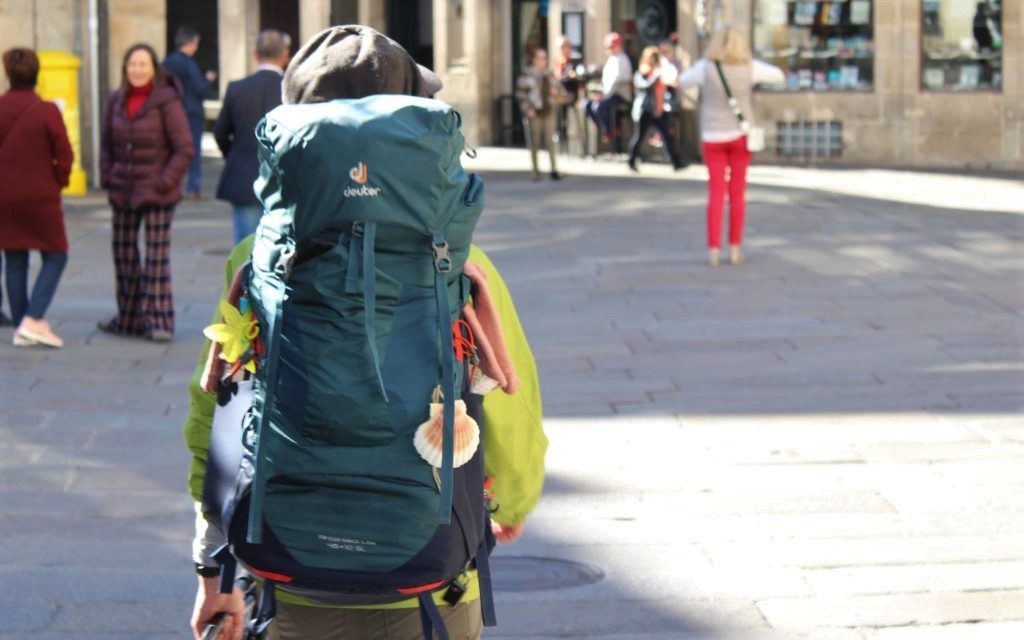 She met the Camino de Santiago thanks to a work colleague, he told her about the Camino in 2000. She met up with the Camino again in 2008, when she was traveling with friends with whom she had studied at school. They were celebrating the 40 years that had elapsed since they had finished school. They made a trip through Slovenia. On that trip she met with a friend (who is also her sister in law) who told her that her daughter had done the Camino. The two of them decided that they would do it together and in 2009 they embarked on this adventure.

They started in Saint-Jean-Pie-de-Port. They were two women with children and grandchildren and almost without any physical preparation, but they had 36 days to do it. Her friend was already retired, she was still working for a French bank but she managed the necessary days off.

They started in mid-August and finished at the end of September. But everything went so well that they had plenty of days left and they continued walking to Finisterre. They loved the experience of the pilgrimage, the people, nature. The problems of daily life disappeared and they could reflect and pray, because both are religious.

She remembers that at the beginning she suffered a lot on the Camino. She had blisters, but she kept walking and little by little she began to feel better. She knows that she was lucky, because she remembers a friend on the Camino who had more serious problems and had to drop out.

From the beginning of her pilgrimage she knew that it was perfect for her, that she would want to walk more, make more caminos. She was hooked from the first moment. And her religiousness was not foreign, she realized that it is easier to be in contact with the religious dimension on the Camino.

In recent years she has travelled many pilgrimage routes, in Spain, Portugal, Italy, and also around her country. The Camino de Santiago has itineraries that cross all over Europe and she has been interested in everyone, particularly that who cross her country and are connected to the routes of Italy and France.

They participate and are in contact with an association of friends of the Way of their country, they have travelled along their Way and have prepared many of their later ways with it. This association also works on the recovery of the routes that cross the Slovenian territory. This association is related to many groups in Italy and they often receive invitations to go on the Camino.

As for the Iberian Peninsula, she has travelled the Portuguese Way from Porto, the Primitive Way and the Northern Way. But she has walked mostly from Slovenia to Italy and within the Italian: travelling through pilgrimage routes such as the Celestial Way, the Rome Romeo Germanica between Padua and Rome (she arrived from Germany) and in 2016 – extraordinary Jubilee – she walked from Ljubljana to Rome with a small group of 10 people had problems and abandoned them, but they walked along Via Romea Germánica as far as the Via Francigena and they made it.

She has also made Marian pilgrimages: she walked 600 kilometers with her friend from Slovenia to Međugorje, a place in Bosnia Herzegovina where there was an apparition of the Virgin.

She thinks that each Way is different, even if you repeat the same route. You always find the time to be with yourself, to cleanse the mind and meet people and nature. In Italy she walks with groups, sometimes with 10 people, people who come from different worlds, sometimes it is difficult but it usually works.

In her first journey she slept in hostels, now she prefers pensions or hostels which have individual rooms. She usually organizes her way a bit but there is nothing hard and fast. She merely calls the day before to make a reservation. For example, this year they were in Santiago just before the Apostle but it was not something planned, it just happened. And once in Santiago she gets excited, she always gets emotional whenever she gets to Santiago and the cathedral.

She believes that the ways have made her stronger and happier, they have taught her to be more patient, she has her children with their families at home and she needs patience. Her son has done the Camino in Slovenia. However, their husbands never walk with them, so the Way has become for her a world of women, of friends, one of her groups in Slovenia is a group of women.

She likes helping people who want to do the Camino, explaining how to organize themselves and encouraging them to go. She has made presentations in libraries and churches about her ways. And she still has many projects and dreams of ways, including walking to Jerusalem.

For her it is not simply a matter of the Camino de Santiago or some routes, it is the fact of the pilgrimage, the pilgrimage is a world and she feels part of it. She believes that mutual aid is important, the associations sustain people. We must hang on to them! 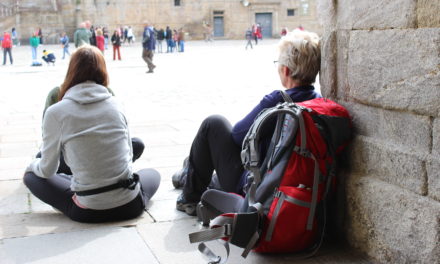