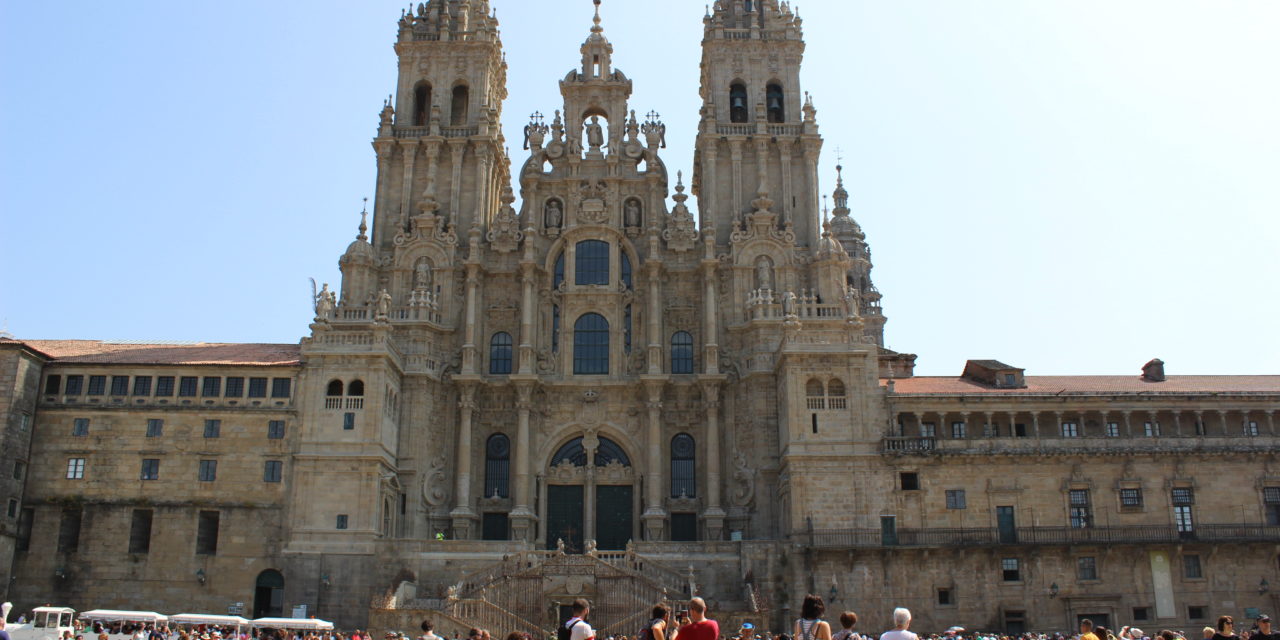 The west façade of the Cathedral of Santiago takes its name from the square which it gives onto: Obradoiro in Galician, workshop in English, an allusion to the workshops and the stonemasons that it housed for centuries while work was being carried out on the cathedral. The current façade is the result of the alterations that were made between the sixteenth and eighteenth centuries, giving rise to the magnificent baroque façade which covers up the former Romanesque one. This new baroque façade was due partly to be in keeping with the prevalent style at the time but also because something had to be done about the damage to the medieval façade that had been caused by the twin actions of time and weather.

The first work undertaken was that of the great main stairway, a work designed by the architect Ginés Martínez at the beginning of the 17th century, following classic Italian models of the 16th century. This stairway is preceded by what is known as the “old cathedral” -the lower part of the cathedral where the 12th-century crypt by Maestro Mateo is to be found. It consists of a double ramp that leads to a terrace or landing just before reaching the Portico de la Gloria.

Throughout the seventeenth century the alterations to the two medieval towers and the central canvas began. The first attempt at enlargement was begun by the architect Peña, but it would be left to Fernando de Casas Novoa to develop and finalize the project. This architect worked on the design between 1720 and 1731, giving rise to an ambitious baroque project, capable of joining the stairs and belvedere of Ginés Martínez and the upper part of the facade of the church and its towers.

The works began around 1738 and in 1750, when the architect died, they were being completed, resulting in the splendid vertical and curvilinear wall that still covers and protects the medieval basilica.

From the façade, its two famous towers stand out, and at a sufficient height so that, even today, they can be seen by the pilgrims who approach their goal from the top of Monte do Gozo. Both towers retain their secular names: the tower of the Bells (south) and the tower of the Carraca (north).

Between both towers the body or half wall is arranged, topped with three niches at different heights that house three monumental sculptures: one of the apostle Santiago in the centre and beside this, at a lower level, Atanasio and Teodoro, disciples of the saint who, according to tradition, are buried in the cathedral. Among the numerous ornamental elements, mainly linked to the style of the so-called “cut plates” typical of so many buildings of Compostela, some iconographic elements stand out, Jacobean symbols linked to the presence of the tomb of Santiago: crosses of Santiago, urns, stars. 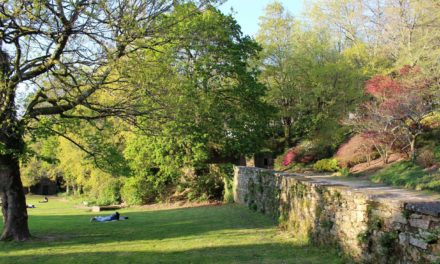 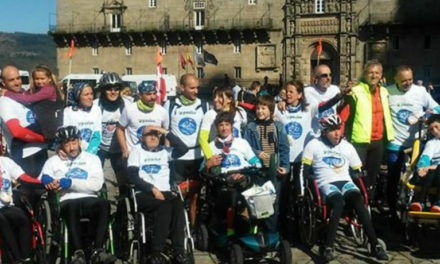 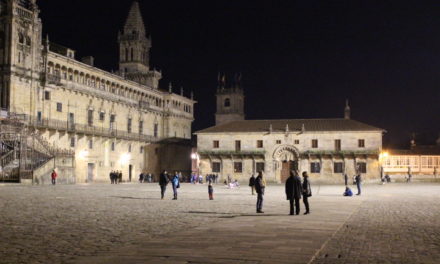 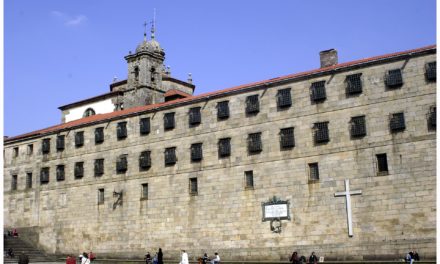