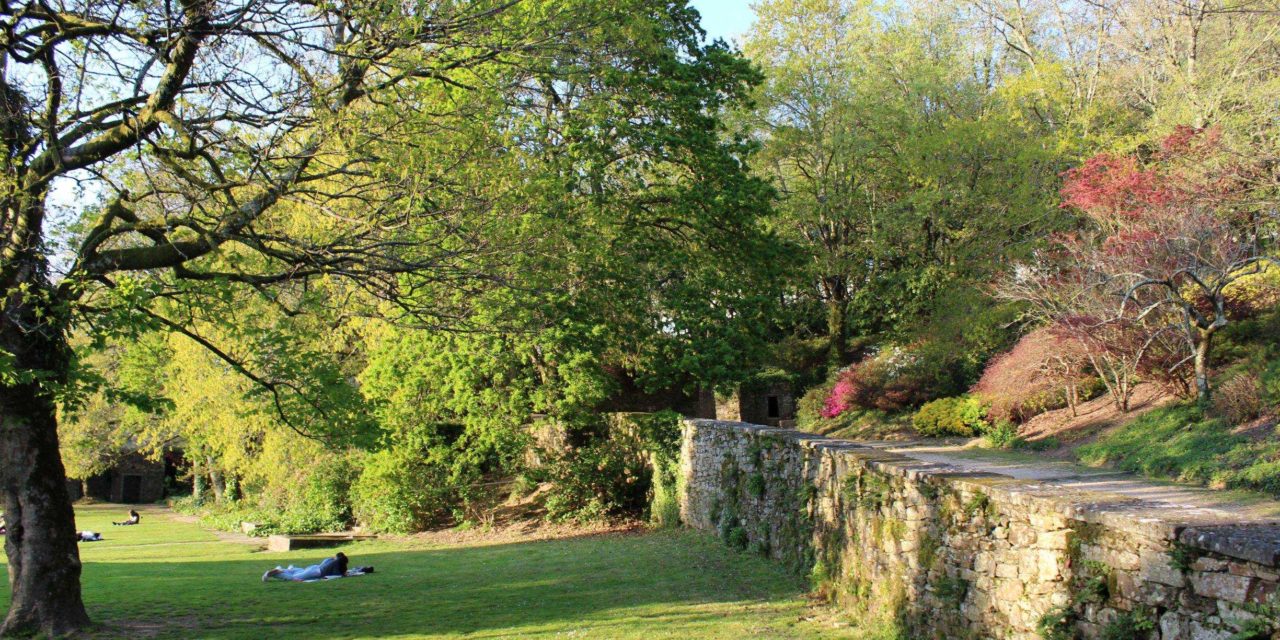 Modern landscape gardening is allied with history in the park of San Domingos of Bonaval. Located next to the neighborhood of San Pedro, it is the natural entrance to the city for pilgrims who have travelled the French Way and the Northern Way. The park includes the open spaces and what remains of the old cemetery and garden of the Dominican monastery of the town.

Bonaval Park is a good example of an aspect of Santiago that more and more pilgrims and visitors to the city are getting to know: Santiago is the city of stone, the city of granite, yes, but it is also a green city, with numerous parks and gardens. Many of these parks, like that of Bonaval, are located in the old gardens of monasteries and all of them reveal the respect that the town has for its more rural side, due in part to its close proximity to the surrounding countryside.

The Bonaval space was turned into a park in 1994 as part of an ambitious project commissioned by the Portuguese architect and landscape architect Álvaro Siza, a project that also included the construction of the Galician Center for Contemporary Art and the integration of the buildings of the old monastery, which now house of the Museo do Pobo Galego and the Illustrious Galician Pantheon. The result is one of the areas with the greatest tourist potential in the city, in which a perfect fusion has been achieved between the architectural and ethnographic remains and carefully landscaped gardens, lawns and wooded areas.

The main access to the park is next to the Puerta del Camino, at the beginning of the Rúa de San Pedro, between the two museums already mentioned. In this first area of ​​the park, the presence of some of the oldest trees in Galicia stands out, as well as a beautiful space that contains the sculpture “Porta da Música” by Eduardo Chillida.

The orchard of the current monastery and park stands on the side of a hill, on a slope that the architects have resolved by creating a series of terraces and ramps, with steps leading here and there. In these spaces the flat areas of grass alternate with slopes, with well-kept paths made of different coloured pebbles.

The summit of the park consists of a wooded area, a carballeira or oak grove, and the area surrounding the old cemetery. The area surrounding the cemetery, with beautiful views over the monastery church and the historical center of the city, has become a popular place for the townsfolk, especially the students, but it also increasingly popular with the tourists and visitors of the city. In addition, the structure of the old cemetery has been consolidated, becoming a game space and even the site for outdoor film projections during the summer months. 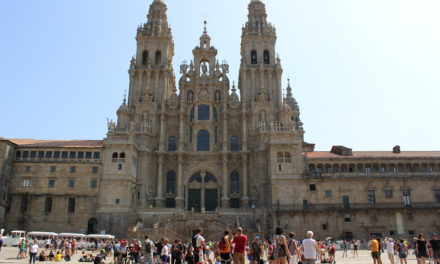 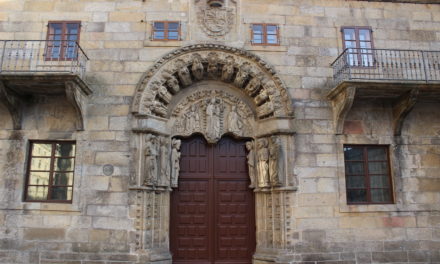 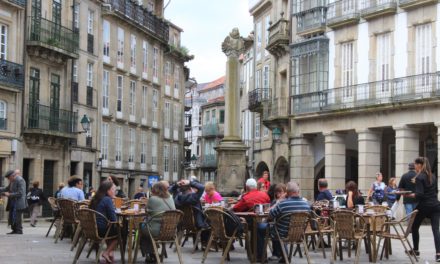 Moments like these will soon be possible again … Don’t forget the city of Santiago! 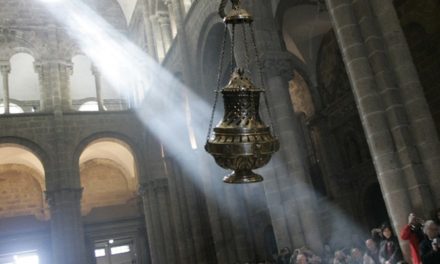 Pilgrimage rites today: What do pilgrims do when they arrive in Santiago?