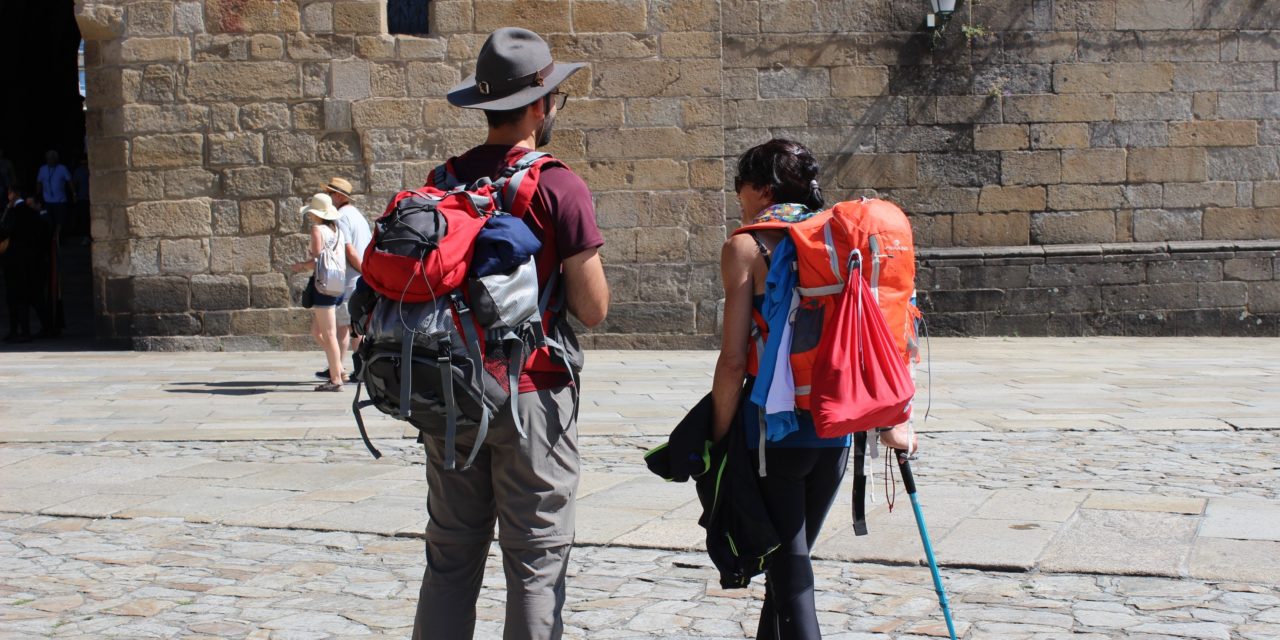 His first Camino was the French Way. He walked from Saint-Jean-Pie-de-Port in 2013. He had just left a job, a stable and secure job but one that made him unhappy and threatened his health. He left work at the end of March and by May he was already on the Camino. It was a difficult Way because he was leaving something behind. It took him 50 days to travel it. It was however incredible.

When he finished, he returned home and started a new job, launching a project of his own linked to tourism, working as an independent tourist guide in Cape Town. It was something really new, a real change that was needed: no more indoor life and office hours, locked up in an office. Now he travelled, went out and took people around the town. It was a big change in his life, but it was a job he saw as a temporary one because, although he liked it, what he was looking for was also a quieter life. A little later therefore, he started with a media company. It is not the answer to his dreams, but working on the Internet allows you a lot of freedom.

Throughout these changes the Way has continued to occupy a central place in his life. After the French Way he toured the Portuguese Way and the English Way. Last year he travelled the Camino del Salvador and the Camino Primitivo. They are both hard roads to do but he completed them and afterwards he stayed on to work for two weeks in Santiago as a volunteer, he was part of a program at the Pilgrim’s Office and it proved to be a very positive experience.

After his last experiences on the Camino – to feel strong and capable of a difficult achievement and to do a job for others as a volunteer – he decided that he wanted to continue working for some cause, to get seriously involved with a good cause. Among all the various possibilities he chose a very specific one: to help sick children, children with leukemia who often die in South Africa because they cannot afford to find a bone marrow donor. These are children who have Social Security but must pay for an important part of their treatment after leaving the hospital as the fund type does not cover them post transplant. Given the genetic diversity that exists in South Africa (a mixture of Europeans, Asians and Africans), they often need to turn to European countries to obtain compatible plasma donations with which to continue their treatment. He discovered that these expenses are not covered by any administration and that for many children with limited resources this means death. This became his ‘cause’ and since he wanted to link it to the Way, he decided that his next pilgrimage would be for that cause.

Darren made an agreement with the Confraternity of St James South Africa, who gave him their support in his project, helping him in social networks, in which they explained their project to the people. This is how a new project was created and started its Camino de 2018, the Camino Norte from Irún, 36 days walking in support of a cause: “Walking for life”.

Darren is very active in the network, he has a blog about his ‘ways’ and when he walked he wrote a post on it every day.

To all his projects he may want to add that of being a guide on the Camino, but a very special guide. He would like to do the Way while accompanying people with problems or fear, people who feel insecure or are afraid to face a challenge like the Camino. He wants to organize something easy, with not very difficult stretches, he wants to help them to start walking, to bring them closer to an experience that allows them to lose their fear.

He hopes that his life remains linked to the Camino, he could even end up living in Spain, perhaps in Santiago. He feels very happy on the Camino, in the shelters, helping pilgrims. On each Way he has had incredible experiences, and on each Way his positive experiences have far outweighed the negative ones. Each Way has given him something special. He has also made friends on the Camino that are now part of his life, people all over the world. There is an extraordinary solidarity among the pilgrims, for example: most of the donations for his project “Walking for life” came from ex- pilgrims.