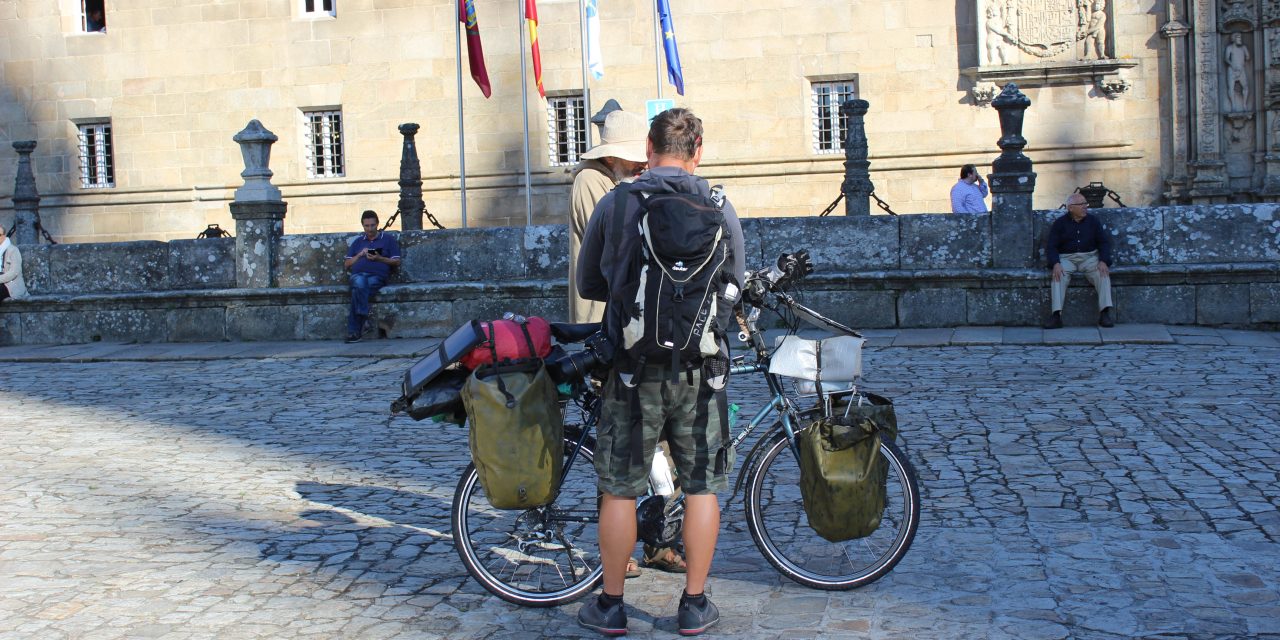 He is retired and loves to travel the pilgrimage routes, he can afford to travel many, to follow from a sanctuary as in the Middle Ages. He loves the Way because in it he can find people who, in his opinion, really understand the world and life. He thinks that you cannot believe what they tell you on television or on the news, that there is a reality that is not that and with which it is easier to be in contact on the Camino.

In 2004, when he was ill in a hospital, he had a dream and it was then that he decided to make his first Way. His first Camino was in France, he walked to Lourdes. When he reached his goal he felt so good physically that he decided to continue on pilgrimage to other Italian sanctuaries: he walked to Assisi, then to Rome, to San Antonio in Padova and to San Giovanni Rotondo (Padre Pio hospital).

It was in 2006 when someone told him about Santiago. He asked where it was and they told him that it was in the north of Spain. On this occasion he went to Lourdes again and from there he left for Jaca from where he traveled the Camino Francés to Santiago, continuing afterwards to Muxía and Finisterre. Once again he felt good and decided to continue on as far as Fatima, returning later to Finisterre.

Later he lived through a tragic situation. His partner was ill with cancer, without any possibility of expecting a transplant to be made under the public health system. This led them to try to enter private health programs but they were too expensive for them. He tried then to get donations but all was in vain. That fact caused him to lose his faith in many institutions and religious bodies whom he appealed to, but this did not distance him from the Way. On the contrary, he promised that he would return to the Camino for her and here he is, this time on a bicycle, traveling for a year, a year after the death of his partner.

I have met many people who understand the Way, their true faith is in those people, they feel great respect for the other pilgrims, pilgrims who make the Way moved by very deep feelings. These people are always on the Path and when they find them, they are for him like beacons, lights of the Way.

In his opinion, everyone should start out on Way like an empty glass that you can fill during the experience of the pilgrimage, with what you discover. On the Way your mind is free, it is easy to empty it of what occupies it in daily life, for that reason you can fill it with new experiences. The answer you find or what the Way gives you is not always immediate, it may not be today or tomorrow, but your experience is that there always comes a day when that answer is useful for you. He recommends that everyone enjoy their Camino and then see what they receive- with what some situations present them with.

Now, from Santiago, he will go to Paris and then to Rome, where he believes he can end this pilgrimage for his partner. But he will not stop pilgrimage, next year he would like to go to Jerusalem. He has sustained a tragic loss, but he has found peace in the pilgrimage. Sometimes it is difficult, but he keeps going.