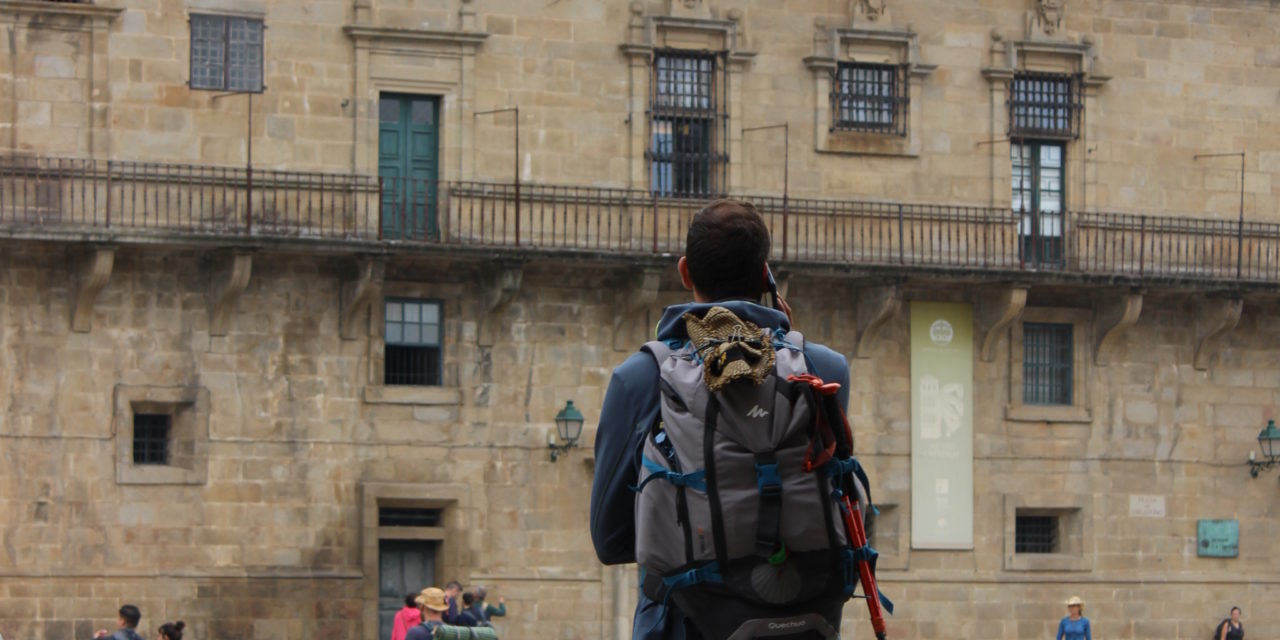 Svend has suffered from depressions since 2009. That year he suffered a particularly strong depression and his therapist recommended that he walk. He found information about the Camino and decided to come to Spain and visit it.

His first experience was the French Way from Roncesvalles. It began in the month of May, it was not difficult physically, but it was mentally. Along that Camino he often thought of going home, especially during the first 300 kilometers, in which he walked a long time alone. But little by little he began to feel more energy and in the end he completed his Camino and realized that it had been very positive for his mental health. In fact, that winter was much better.

Since then, Svend has come to walk the Camino every year. He always travels by French Way and he is then charged with energy to face the dark winters of Denmark. Each winter he feels that the energy lasts longer, the depression weakens and takes longer to arrive. When it returns, he can face up to it better knowing that he will soon be returning to the Camino. The Way is the best help for your health.

The experience of the Camino is incomparable. There you find a great number and an extraordinary variety of people : people who are looking for answers, who need to make decisions, who are living through changes in their lives and who, precisely for that reason, are very open and very receptive. The Camino is a space for help and meeting place for all, it is an open space. The experience of that openness to others in the Way is important, many people think that opening up to others makes you weaker but in reality it is the opposite. If you are very open to others, able to talk them and listen to them, you are actually more protected.

The Camino de Santiago is also a good place to help people, pilgrims are open both to help and to be helped. That is why the Camino is a special place, because it has this human dimension, of encounter and exchange, that other pilgrimage routes no longer have. For example, in Denmark there are pilgrimage routes such as the Path that departs from Trondheim (Norway), but it is not the same because there are very few people who travel it.

He believes that languages ​​are not a problem on the Camino, there is always a way to communicate, he has made a good Italian friend on the Camino with whom he speaks English. But also, sometimes talking is not what is the most important. On the Camino you can share the joy of being together simply by walking with others, feeling good among pilgrims.

This year he started his Camino in Saint-Jean-Pie-de-Port, it took 34 days to travel to Santiago. It was quite a solitary experience, which was in part of his choosing. He had a lot of time to reflect but he knew that if you want to be with others it is easy to find them, somehow you you meet the people you are supposed to meet.

Now from Santiago he will go to Finisterre to rest for a few days in one of his favorite hostels, for him finishing the Camino en Finisterre is important, he always does it.

Every year he feels better and believes that the Camino helps him, to walk, to visit some places again, people he has met and continue to meet him … He thinks that he will keep on coming every year.