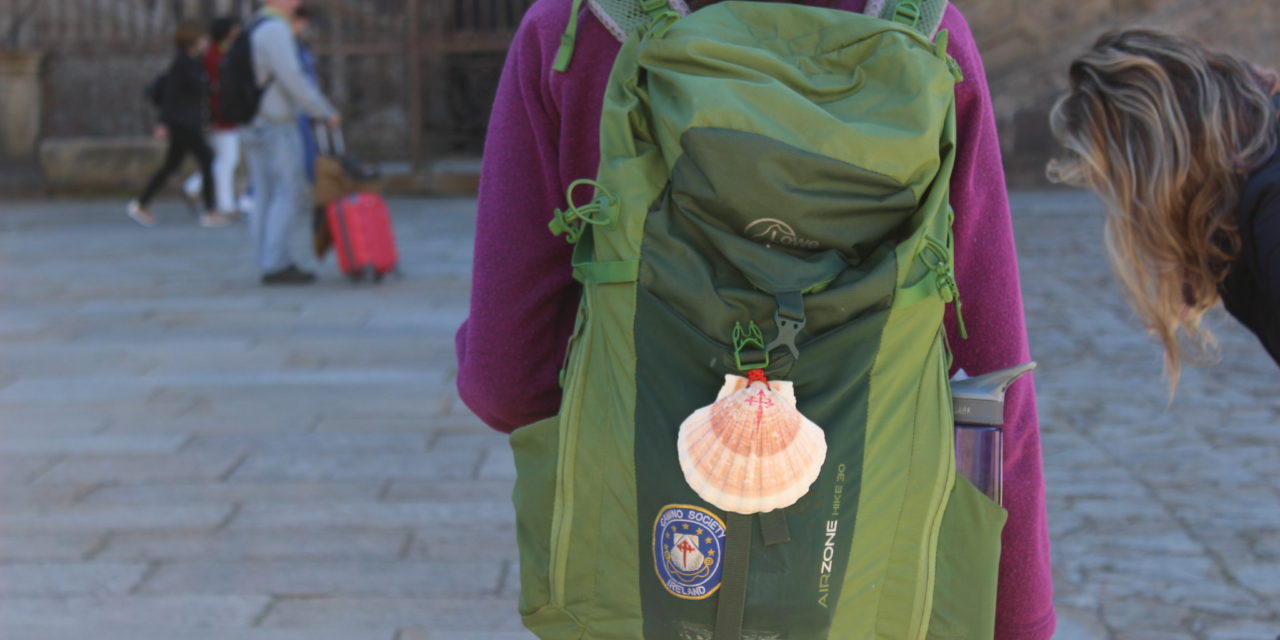 My name is Adela and I am a 40 year old woman from Madrid. I have done the Camino alone 5 times since 2015. There were different routes and durations but there is one common denominator: the Camino has always given me what I needed at that time.

It was the end of July 2020 and again I was without a partner and without vacation plans. I had in my head all the memories of the powerful moments that I had lived the previous year. Molinaseca was my paradise. O Cebreiro and Fray Francisco represented energy and a connection with something indescribable. I wanted to feel the same thing again, to reproduce a feeling. How naive!

This year the COVID-19 pandemic was already present and it was not very clear how the Camino would be. I spoke with the Molinaseca hostel and booked for 3 nights with the idea of ​​spending a few days there. I also booked a small hotel in O Cebreiro and I even think I later looked at one in Finisterre.

I didn’t realize the incoherence I was planning. It seemed as if l hadn’t learned anything from the previous Paths.

I took the train from Madrid to Ponferrada and then a taxi to Molinaseca. When in Chamartín I saw my reflection in a glass with my backpack, I said to myself: “How cool! I’m going on a pilgrimage”.

And that’s how it went. I was wearing the pilgrim’s outfit, but the attitude of a true pilgrim had been left behind at home.

Upon reaching Molinaseca my spirits dropped to my feet when I saw that the mighty river was dry. They had not allowed it to fill up so as to avoid people bathing during to the pandemic.

At the shelter they told me that they closed at 10 at night and that I had to be out by 8 am. at the latest. I was horrified because I wanted to enjoy watching the starry sky without haste and of course, the idea of ​​getting up early didn’t appeal to me at all, since I was going to stay there for three nights.

I wanted to be on vacation but living a pilgrim movie.

That same night, I was already in the sack at 10:30 p.m., dead from the heat and I felt locked up. Trapped in my ideals, in my incoherence.

So, the next morning, I told the owner that I was leaving the hostel and going to Ponferrada. I was going to take a taxi but he offered to drive me. At no time did it cross my mind to walk, and that I was wearing all the equipment for doing so. But of course, it was really just a costume.

I was back in Ponferrada alone, overwhelmed, anxious, scared and very hot. It was the same thing that I had experienced the previous year. In this, history was repeating itself. It was a real déjà vu but of the most unpleasant part. Although perhaps that was what I had to learn and that is why the scenario was repeated.

I wrote to Fray Francisco to find out if he was going to be in O Cebreiro but he did not reassure me.

I spoke to Gema again, just as I had done the year before and she calmed me down.

She had bought a ticket to go to O Cebreiro by bus at six in the evening and it was now four in the afternoon. My body was crying out for a shower and a rest. So I gave up. I did not succumb to the omnipotent O Cebreiro. I had a hard time admitting it. I wanted to go home but this time it was not to run away but with the intention of stopping and seeing what it was that I really wanted to do and act accordingly.

I looked for a hotel and booked train tickets to return to Madrid the next day.

Of course, in Molinaseca I had bought my credential and it bore the seal of Señor Oso, the hostel where I stayed that night. This single-stamped credential is on a shelf in my living room. It was a camino of barely three days between comings and goings, without walking more than from the station to the taxi but I learned more than if I had traveled 500 kilometers on foot.

Happiness is not given to me by a person or a place, but by what I carry inside or build with that person or with that place. And I understand clearly that the Camino is not a “safe plan”. A sincere attitude and wanting to do it from the heart is the key for not corrupting it.

This year, in the end I went on vacation to A Coruña alone for a week. I was not disguised as a pilgrim but with the attitude. While there I was surprised to receive a call from Fray Francisco, with whom I had never spoken on the phone since I had met him the year before. I ,who had been idealizing him just the same as with Molinaseca but who in the end had given up trying to search for ideals, and yet there he was. Without my expecting it, he was the one who approached me. 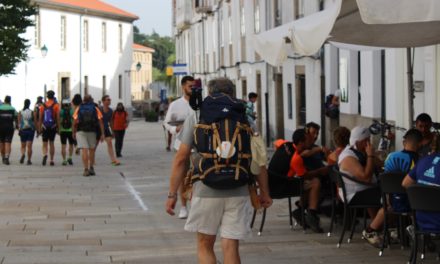